Changing Perceptions About Deadly Use Of Force 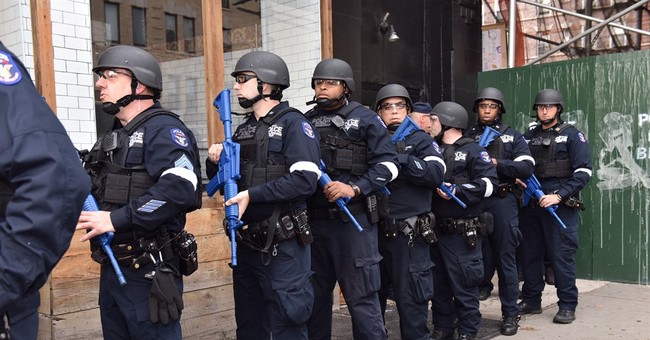 Police departments across the nation have been struggling to convince communities they protect that deadly use of force is not unduly influenced by race through the Trayvon Martin “stand your ground” shooting, the days of protests in Ferguson, MO., and possibly even as far back as the LA riots that followed the arrest of Rodney King in 1991.

The latest push to scale back the ability of officers to employ deadly force comes from New Hampshire where a new bill is expected to be voted on this month that could revoke officers’ right to use deadly force during arrests.

In Washington state, Community Police Commissions have been set up for some time to police the police, as it were. They have stirred controversy by attempting to change the legal definition of “deadly use of force” to make it easier to prosecute officers who find themselves faced with circumstances where they had to use it.

Police departments have pushed back on these efforts, saying they will make it much harder for officers to do their jobs effectively and may unnecessarily put them in harm’s way. In a 2018 Pew Study of 8,000 officers, 86 percent said they believe the public “does not understand the risks and challenges of their jobs, even though 83 percent of U.S. adults rated officers’ jobs as very risky.”

It’s these misunderstandings that Bryan Patterson and Bruce Thayer of the Law Enforcement Legal Defense Fund (LELDF)in Virginia hope to address with a use of force simulator program they offer to journalists and community members interested in knowing the kind of pressure and intense decision-making officers face when put into potentially life-threatening situations.

The mission of LELDF, according to their website, is to “support and defend the law enforcement profession and those law enforcement officers who have devoted their lives to upholding the Constitution and serving the United States and its citizens while enforcing its laws. We also seek to educate the public about the many risks and threats to law enforcement personnel in order to build a more informed, respectful, and appreciative society.”

That’s where the simulator comes in, with a typical session lasting a few hours. The first hour or so is a briefing of sorts by Thayer, a legal associate with LELDF, on the evolving nature of use of deadly force in the law, cases associated with that evolution, and what LELDF can do with an officer who faces court over a deadly force event.

The second hour is where things get really interesting as Patterson, a grizzled former cop with 20 plus years-experience (including SWAT, patrol, and academy instructor stints) lays specialized computer-connected weapons on a table in front of the trainee and prepares them to face real-life deadly scenarios on a life-size video screen. The trainee must choose which weapon to pull, when to pull it, when to use it, how to talk an assailant down, and how to protect any bystanders, among many other, rapid-fire decisions they’re asked to make.

“Since Rodney King, we’ve learned better tactics,” Patterson says, as he explaines how to holster a taser and determines how much a trainee might understand about a handgun. “But Columbine changed everything.”

Indeed, one of the scenarios in the simulator is an officer call to a mass shooting in an office building, with people running up in a panic and the trainee attempting to determine what to expect and where to find the assailant.

Coming away from a half hour or more of those blood-pounding scenarios — that also involve children with firearms, a baby in the hands of a mentally disturbed man holding a gun to its head, and an addict with a needle — there’s little chance a simulator visitor leaves without a better understanding of just how difficult a job these officers have in front of them on a daily basis.

“People think of police as a some kind of monolith,” Thayer says. “But 99% of officers will never shoot anyone, and the majority of those who are shot are armed. There’s a false narrative we’re trying to address. ‘Hands up, don’t shoot!’ never happened.”

For his part, Patterson, who is a bit like a drill instructor as one moves through the simulator and is unrelenting in letting a trainee know they have just been killed for failing to recognize the life-threatening situation in front of them, says that some of the changes in how police are trained are “definitely necessary.”

“But no use of force ever looks pretty,” he warns. “And we ask these officers to compare their own abilities against unknowns. It’s a very hard job.”

A trip through the LELDF’s use of force simulator makes that last statement very obvious.