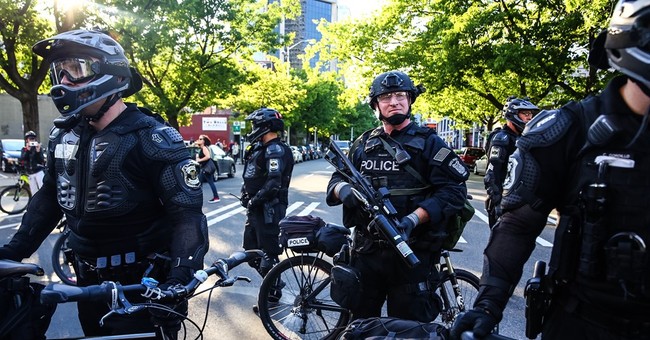 During the 2018 midterm elections, the city of Nashville passed an initiative allowing a citizen-led panel oversight of the city’s police department, which left-leaning, soft-news sites like Mic reported as an overt and necessary turn toward “social justice” in order to address the growing negative narrative surrounding police-involved shootings.

Before the celebrations begin, however, proponents of these kinds of community panels set up explicitly to police the police in Tennessee should look to the Northwest — the Pacific Northwest to be exact — and talk to groups like the Council of Metropolitan Police and Sheriffs (COMPAS), a police guild member organization based in Olympia, Washington that works to protect officers’ pensions and promote legislation that increases officer safety.

According to COMPAS President Mike Solan, an officer himself, Seattle may be facing some serious unintended public safety consequences because of the actions of a similar citizen-led panel called the Community Police Commission, that has recently become guided by a few powerful members with a dramatic social justice agenda.

While the Community Police Commission has some members who are “just trying to do good work,” Solan says, there is a power-base on the Commission that has been successful in working with a group called De-Escalate Washington (who received money from George Soros’ Open Society among other social justice groups, Solan says) in getting I-940 passed in 2017, a ballot initiative that redefined “deadly use of force” in the state because they argued officers were impossible to prosecute in deadly force situations.

“They deceptively crafted their message,” Solan says. “They bamboozled signers to this petition [by convincing them] that law enforcement officers needed more training around use of force. But buried deep in the language was a change in the language of what ‘use of force’ means. Typically the burden of proof in an inquest into a deadly use of force situation is on the prosecutor. I-940 puts the burden on the officer to justify their actions. They captured the narrative circulating around the country that it was impossible to prosecute officers, and cited a number of police shootings in Seattle to make the case despite the fact that the majority of those were ruled justifiable.”

“In 2017, the City adopted legislation that made the CPC permanent and increased the number of Commissioners who may be appointed. While it continues to be responsible for a set of duties under the Consent Decree, the CPC now has significantly broadened responsibilities and authority. The CPC will also soon have more staff to support its activities.”

Solan likes to point out that the group is comprised of members who are unelected.

Most recently, the Commission played a hand in the attempt to vote against the contract between the Seattle police union and the city — a contract that has been expired since 2014 — because they said it rolled back some of the reforms that I-940 had put in place.

Their efforts proved fruitless and the contract was approved on Nov. 13. But it was not an easy fight, according to local news reports.

[Seattle Mayor Jenny] Durkan had faced a storm of opposition from the citizen Community Police Commission, 24 community groups and the Seattle King County NAACP, all who contended the agreement undermined hard-fought reforms included in police-accountability legislation passed by the council last year.

Solan says the contract dispute ended well, and that it’s a positive thing for communities to have some involvement in how they are policed. His concerns remain, however, because I-940 is still law and is proof the few powerful members of the Community Police Commission were able to affect what happens in the in the city of Seattle as well as in the state and they may not be the voice of the entire community they say they represent.

“At some point there have to be people with courage to stand up to these people, just for the sake of the country,” Solan says. “It’s easier said than done. My ultimate goal is to make sure my members are represented with wages and benefits that protect them. But now we’re seeing a direct assault on law and order and public safety, to neutralize police to the degree that they don’t have adequate, lawful protections to properly do their jobs. That will lead to a break down in public safety and breakdown in society. All brought forth by unelected people that push social justice ideology. The pendulum has gone way, way too far to one side.”