'Tis the Season: The Fight Against All Things Christmas is in Full Swing 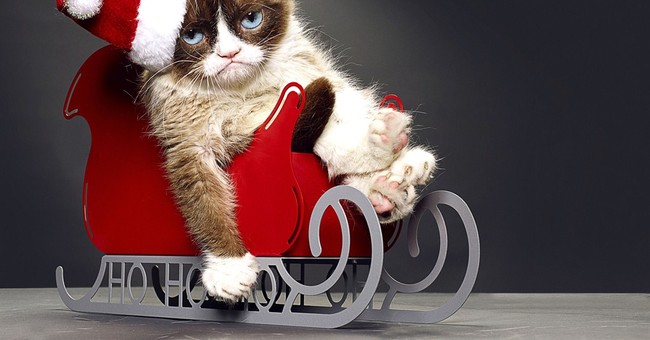 Outrage over Nativity scenes, menorahs, images of Santa Claus, wreaths, and even candy canes have become just about as traditional in America this time of year as eggnog and tree lighting.

Across the nation, controversies and Christmas caution are already underway.

In Indiana, the Freedom From Religion Foundation (FFRF) is seeking a court order for the permanent removal of a Nativity scene outside a local courthouse. Note: this is the fourth year in a row FFRF has tried to get it removed.

Michigan, however, may win the prize for diversity. It’s Capitol Building will not only have a Nativity scene, it will also have a display from the Satanic Temple. What exactly does this ‘display’ look like? It is a snake, wrapped around a tree and coming through a black cross. An open book hangs on the tree with the proclamation “The Greatest Gift is Knowledge” written above it.

What’s a little curious, though, is that while the Satanic Temple received permission to have its display out from Dec. 21-23, the Nativity scene must be taken down every night and put up each morning. Michigan lawmaker Rick Jones (R) has offered to head this nightly venture.

Oh, and as far as diversity goes, don’t forget about the "Festivus" pole, a six foot high stack of Pabst Blue Ribbon beer that is on display for the second year in Florida. I guess atheists just really need something to celebrate, and a Seinfeld joke about a “Festivus for the rest of us” was as good as any.

The good news is, that while these outlandish stories will likely make headlines every season, the majority of Americans aren’t offended when they see a baby Jesus display.

Only 20 percent believe there should be no religious displays on government property, according to a recent Pew Research Center survey. In fact, most people still consider the Christmas story to be an historical event:

About three-quarters of Americans believe that Jesus Christ was born to a virgin, that an angel of the Lord appeared to shepherds to announce the birth of Jesus, and that wise men, guided by a star, brought Jesus gold, frankincense and myrrh. And eight-in-ten U.S. adults believe the newborn baby Jesus was laid in a manger.

In total, 65% of U.S. adults believe that all of these aspects of the Christmas story – the virgin birth, the journey of the magi, the angel’s announcement to the shepherds and the manger story – reflect events that actually happened.

So call me traditional, but whenever a cashier, barista, or anyone working for a "tolerant," politically correct company sends me off with a “Happy Holiday!” I always respond with a bright, unapologetic: “Merry Christmas.” After all, that is what this federal holiday is called (for now at least).