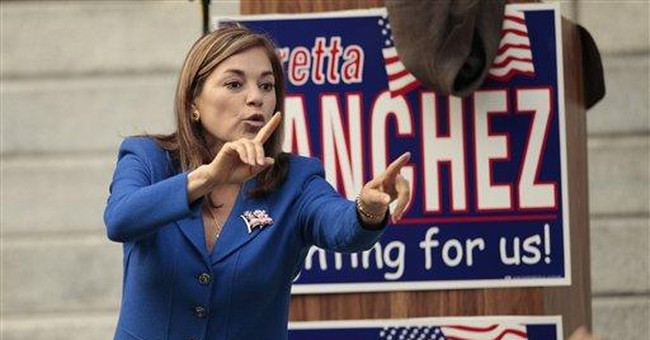 Lawmakers from both sides of the aisle are joining forces to curtail an overbearing labeling regulation mandated by Obamacare.

Embedded in the 906-page behemoth bill is a requirement that all chain restaurants (those with 20 or more locations) provide nutrition information for every item listed on the menu.

Now stop—mull over the reality of that regulation for a moment. A pizza place would need to provide the number of calories and the list of ingredients found in every pizza topping. Dominoes offers at least 31 topping options.

In accordance with Obamacare, the Food and Drug Administration has proposed requirements and is close to making them finalized. However Representatives Cathy McMorris Rodgers (R-Wash.) and Loretta Sanchez (D-Calif.) have initiated a bill that would amend the proposed rules to allow more leeway for businesses. Adjustments would include allowing delivery restaurants to post nutrition information online and limiting the penalties for labeling mistakes. More than 50 co-sponsors have rallied behind the bill.

“Specifically, the proposed rule limits the ability of businesses to determine for themselves how best to provide nutritional information to customers,” the lawmakers wrote in a letter to FDA Commissioner Margaret Hamburg. “As a result, the proposal harms both those non-restaurants that were not intended to be captured by the menu labeling law as well as those restaurants that have flexibility and variability in the foods they offer.”

The lawmakers pressed the FDA to limit the scope of the regulations, which they say would harm small businesses that are already complying separately with the 1990 Nutrition Labeling and Education Act.

Estranging businesses from government management and allowing them freedom to invest time and money into what they deem profitable is undoubtedly the best option for the economy.