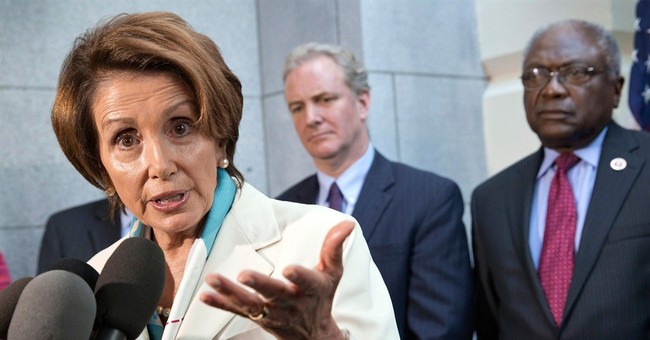 Pelosi explained why the law is “very sound policy” during a press conference Friday:

To go to back to our founders once again, they sacrificed it all for life, liberty, and the pursuit of happiness. This law, the affordable care act, is about a healthier life, the liberty to pursue your happiness. That is solid policy, and the mandate is central to that.

This argument should be added to the montage of lies being promulgated by the Obama administration.

More than half of Americans oppose Obamacare and 56% claim the law is more about bolstering government control than it is about helping individuals get health care.

The millions kicked off their insurance certainly do not find the policy freeing, neither do millennials forced to pay for healthcare feel liberated.

Obamacare is precisely the type of overbearing government policy that the Founders would have fought against:

"It will be of little avail to the people that the laws are made by men of their own choice if the laws be so voluminous that they cannot be read, or so incoherent that they cannot be understood." - James Madison "They who would give up an essential liberty for temporary security, deserve neither liberty or security." - Benjamin Franklin "I consider the foundation of the Constitution as laid on this ground that 'all powers not delegated to the United States, by the Constitution, nor prohibited by it to the states, are reserved to the states or to the people.' To take a single step beyond the boundaries thus specially drawn around the powers of Congress, is to take possession of a boundless field of power not longer susceptible of any definition." - Thomas Jefferson

Pelosi really ought to know her history better. Perhaps this way she could help protect rather than destroy the values for which the Founders fought.