NYT: It's Actually Great Obamacare Will Spur 2.5 Million to Leave their Job 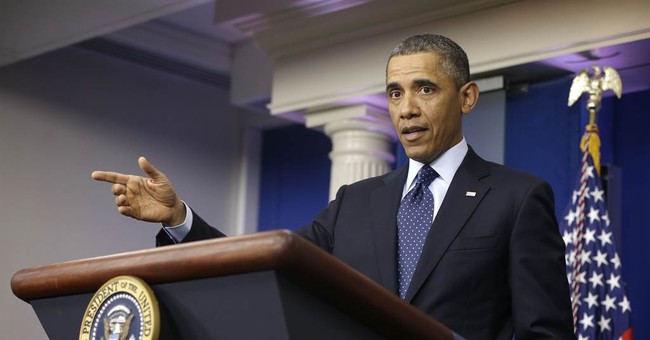 The 2.5 million workers that will be driven out of the workforce due to Obamacare is actually "a liberating result of the law," according The New York Times (emphasis added):

The Congressional Budget Office estimated on Tuesday that the Affordable Care Act will reduce the number of full-time workers by 2.5 million over the next decade. That is mostly a good thing, a liberating result of the law. Of course, Republicans immediately tried to brand the findings as “devastating” and stark evidence of President Obama’s health care reform as a failure and a job killer. It is no such thing.

The report estimated that — thanks to an increase in insurance coverage under the act and the availability of subsidies to help pay the premiums — many workers who felt obliged to stay in a job that provided health benefits would now be able to leave those jobs or choose to work fewer hours than they otherwise would have. In other words, the report is about the choices workers can make when they are no longer tethered to an employer because of health benefits. The cumulative effect on the labor supply is the equivalent of 2.5 million fewer full-time workers by 2024.

Yes, there go the Republicans again, trying to "brand" Obamacare as a disaster when everyone knows the law is working so well. Aside from the health care law, The New York Times couldn't possibly think incentivizing Americans to work less is a wise way to boost the economy, right?

By reducing the number of full-time workers, more Americans will be free to stay home with their children or start a small business, Chairman of the Council of Economic Advisors Jason Furman said at the White House Tuesday.

As told by The Hill:

"This is not businesses cutting back on jobs. This is people having new choices," Furman said.

Furman also said it was wrong to evaluate the law based solely on the finding that people are less likely to work and will work fewer hours under the healthcare law.

"I have no doubt that if we, for instance, got rid of Social Security and Medicare, there are many 95-year-olds who would choose to work," Furman said.

"We don't think that would be an effective strategy for boosting the economy or a particularly wise strategy," he added.

Social Security, Medicare and Medicaid consumed 43 percent of federal spending in 2012, according to The Center on Budget and Policy Priorities. Pushing people to rely on government programs is not freeing, it is creating a bureaucratic dependency.

As the welfare state expands, the incentive to work declines -- meaning grow the government, you shrink the economy.