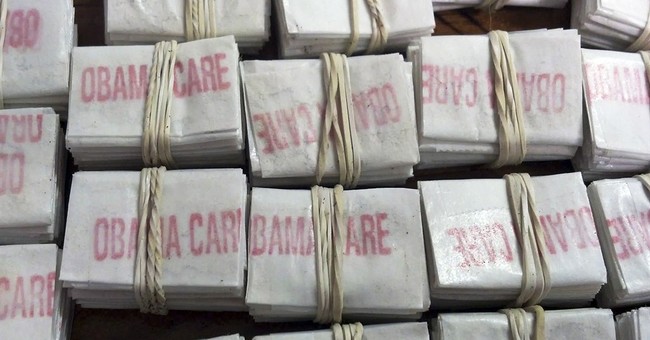 Flashforward nine years—at this point, Obamacare will have cost the nation $1.3 trillion, according to the Congressional Budget Office. Most Americans, however, predict the bill will gouge an even larger hole in the nation’s pocket.

Fifty percent (50%) say the new law will increase the federal deficit, while 15% believe it will reduce the deficit instead.

Americans are right to be concerned over the government's bloated spending habits. The public debt increased by more than $700 billion last year, reaching its highest percentage since 1950, according to a CBO report Tuesday.

Federal spending for 2014 is projected at $3.5 trillion, a 2.6 percent increase from 2013. Mandatory spending reportedly dropped in 2013, but American's should not celebrate just yet:

Over the next 10 years, however, the aging of the population, the expansion of health insurance subsidies, and rising health care costs per beneficiary will boost spending for federal programs that serve the elderly and subsidize health care. As a result, CBO projects, mandatory spending will reverse its recent decline relative to GDP and resume its long-term upward trend.

No wonder Americans are skeptical.