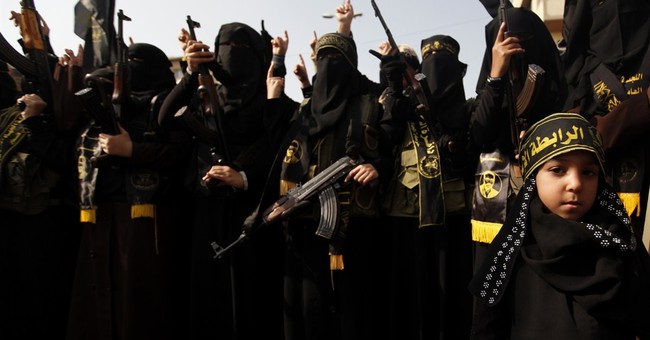 Americans voted "defending the country from terrorism" as the third most important policy issue for Congress and the president to address, according to a Pew Research poll released Monday.

The only political agendas deemed more pressing were the economy and job growth:

The Pew Research Center’s annual survey of policy priorities, conducted Jan. 15-19 among 1,504 adults, finds that the public’s agenda continues to be dominated by the economy (80% top priority), jobs (74%) and terrorism (73%). As in past years, the lowest-rated priorities are dealing with global warming (29%) and dealing with global trade (28%).

Since Sept. 11, there have been 60 Islamist-inspired terror plots targeting locations all across the United States, according to the Heritage Foundation. International and U.S. law enforcement unearthed and intervened in 53 of these plots before they transpired. Another three were reportedly foiled by luck.

While there has not been a catastrophe on the scale of 9/11 in the past 12 years, terrorists have succeeded in attacking the homeland four times: (1) the intentional driving of an SUV into a crowd of students at the University of North Carolina–Chapel Hill in 2006; (2) the shooting at an army recruitment office in Little Rock, Arkansas, in 2009; (3) the shooting by U.S. Army Major Nidal Hasan at Fort Hood, also in 2009; and (4) the bombings in Boston.

The study further showed that the number of terror plots has actually been increasing since 2001:

Americans may be right in their concern. Unfortunately, the Obama Administration seems more focused on income inequality and hiking taxes than on cultivating a strong counterterroism system for the American people.