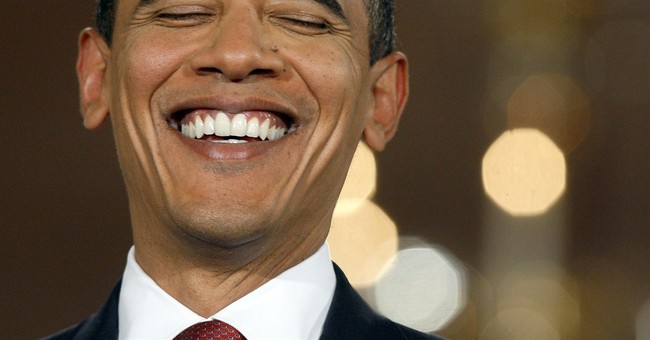 According to Americans for Tax Reform, President Obama will call for yet another tax on employers during tomorrow's State of the Union speech at a time when the country still faces anemic job growth.


In his State of the Union speech on Tuesday night, President Obama will propose a net tax increase on American employers.

Dusting off a “corporate tax reform” plan from his 2012 campaign, the President will propose raising taxes on all employers while cutting rates for only the largest companies. Here’s how the plan works:

The President’s plan is a net tax increase. According to reports, the “offer” President Obama is making is to raise net taxes on employers, and use some of the tax increase revenue windfall to pay for Democrat-aligned union construction projects. The Republican House would never support a net tax increase, and using the money to fund Big Labor (and, by extension, Democrat campaign coffers) is hardly a sweetener.

This “new” plan simply dusts off an unserious 2012 Obama campaign document. Back in 2012, President Obama’s re-election campaign put out a brief and rhetorical “corporate tax reform” plan. It was largely ignored at the time by serious policy analysts, but the Administration has done nothing to develop it in the intervening two years. ATR did analyses of the plan in 2012 and 2013. The plan raises taxes on all American employers, but only gives partial rate relief to the largest multi-national companies.

Obama will no doubt make the argument that the "rich" (aka business owners /employers) need to "pay a little more" and "their fair share" in order to reduce income equality in America while ignoring the fact that the gap between rich and poor has increased to its widest gap since the Great Depression under his leadership. Last month's job report ended 2013 on a low note with just 74,000 jobs created, one of the lowest numbers in years.

To make the employer burden even worse, Obama's new tax proposal would come on top of billions in taxes small business owners and employers are required to pay under Obamacare.