Obama Calls on Nation to Recommit to Abortion 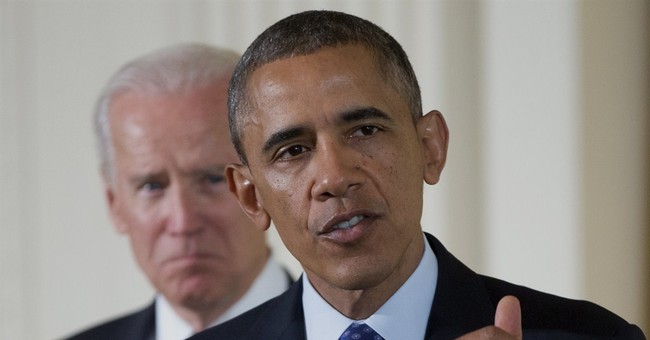 President Obama reflected on the anniversary of Roe v. Wade by encouraging Americans to recommit to the “guiding principles” of the 1973 Supreme Court decision.

Every woman should be able to make her own choices about her body and her health. We reaffirm our steadfast commitment to protecting a woman’s access to safe, affordable health care and her constitutional right to privacy, including the right to reproductive freedom. And we resolve to reduce the number of unintended pregnancies, support maternal and child health, and continue to build safe and healthy communities for all our children. Because this is a country where everyone deserves the same freedom and opportunities to fulfill their dreams.

Hundreds of thousands joined the March for Life Wednesday to protest just such a recommitment to abortion. In fact, the majority of Americans support abortion restrictions.

Pro-life support has actually increased over the last several years, according to Gallup:

While Obama touts abortion as a way to protect women’s freedoms, not all women appreciate trivializing the life they harbor inside of them. Nicole Peck stated at the March for Life rally that her abortion stripped her of not only her money and her baby, but also her self-respect.

With the Obamacare abortion pill mandate still sparking lawsuits and religious freedom controversies, the administration will undoubtedly persist in their attempt to sell abortion as a basic right.