Latest Obamacare Shortcoming: What About the Baby? 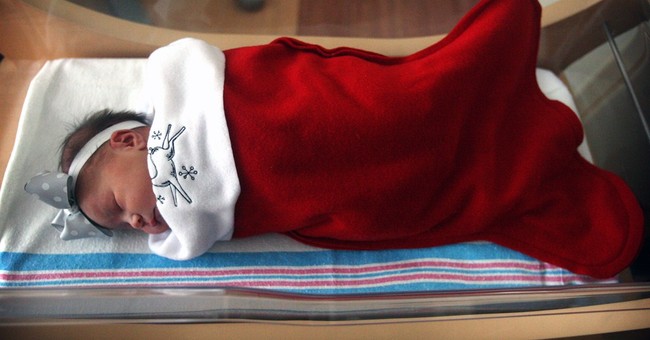 While Obamacare coverage “officially” began Wednesday, the system still has many quirks to work out — such as accommodating for big life changes like, oh...say a baby.

It's a reminder that the new coverage for many uninsured Americans comes with a third party in the mix: the feds. And the system's wiring for some vital federal functions isn't yet fully connected.

It's not just having a new baby that could create bureaucratic hassles, but other life changes affecting a consumer's taxpayer-subsidized premiums. The list includes marriage and divorce, a death in the family, a new job or a change in income, even moving to a different community.

Such changes affect financial assistance available under the law, so the government has to be brought into the loop.

The Obamacare website was supposed to contain a computerized way to update “change in circumstances" from its launch. However, the function was postponed as the government attempted to fix the many glitches and bugs infesting the site:

"It's just another example of 'We'll fix that later,'" said Bob Laszewski, an industry consultant who said he's gotten complaints from several insurer clients. "This needed to be done well before January. It's sort of a fly-by-night approach."

"We are currently working with insurers to find ways to make changing coverage easier while we develop an automated way for consumers to update their coverage directly," responded an administration spokesman, Aaron Albright.

A Dec. 31 circular from the Centers for Medicare and Medicaid Services addressed the problem.

In questions and answers for insurers, the government said that the federal insurance marketplace will not be able to add a child until the system's automated features become "available later." It does not provide any clue as to when that might take place.

Considering the many delays and postponed deadlines the Obama Administration has already made to get the law this far, maybe those on the exchange should opt not to have a baby anytime soon.