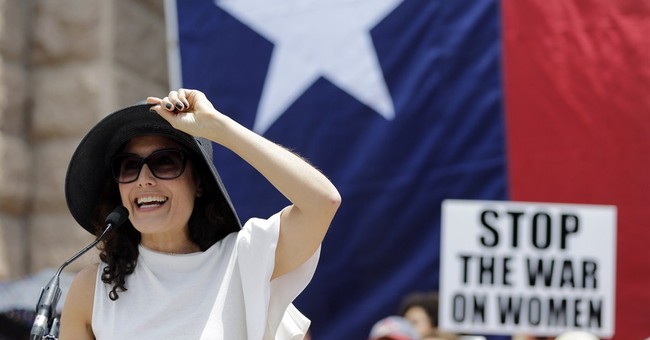 Planned Parenthood, the Center for Reproductive Rights, the ACLU and a Texas law firm sued Texas Friday over the “Preborn Pain Act,” a bill banning abortions after 20 weeks of pregnancy.

The lawsuit requests the court stop two facility regulations within the bill before they go into effect October 29. One, requiring doctors providing abortions to have admitting privileges to local hospitals, and another requiring doctors directly supervise women taking the abortion pill RU-486.

According to the the suit, Planned Parenthood v. Abbott, the Act’s regulations are “unconstitutionally vague and unintelligible” and go against the patient’s rights dictated in the Fourteenth Amendment to the United States Constitution.

The provisions could also — unsurprisingly — result in huge losses to the pro-abortion activists:

“Planned Parenthood, which has nearly 750 affiliate health centers, faces a loss of a large number of their centers in the state due to provisions within the new law, the organization's officials argue.”

Nancy Northrup, president & CEO of the Center for Reproductive Rights said in a press release Friday:

“Today’s lawsuit is a united strike back against the hostile politicians who have made clear their willingness to sacrifice the constitutional rights, health, and even lives of Texas women in support of their extremist ideological agenda.”

By “hostile politician,” Northrup is almost certainly including Governor Perry, who signed the legislation in July. Perry openly stated his goal is to make abortion a “thing of the past:”

“We cannot, and we will not, stand idly by while the unborn are going through the agony of having their lives ended.”

This is a Fourteenth Amendment issue, but what the pro-abortion groups don’t acknowledge is that when the Constitution dictates no state shall “deprive any person of life” it is also referring to the 80,000 American citizens killed in Texas each year before they are even born.