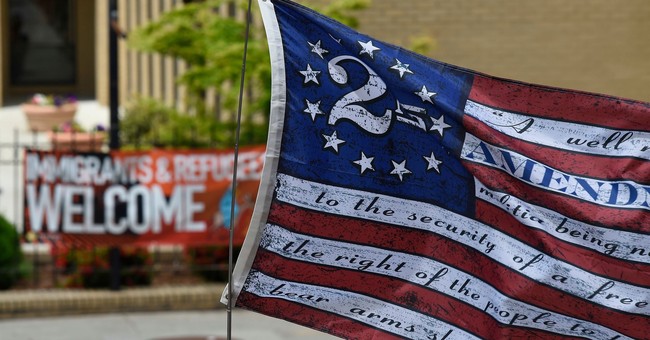 Guns are not problem and gun control is not the right answer to stopping massacres from happening. It is the people behind the trigger that is the issue, despite what the crazy left extremists want you to believe.

Just days after the deadly Uvalde elementary school shooting, the House Committee on Oversight and Reform announced it is launching a probe into five U.S. gun manufacturers, because the gun was the one who pulled its own trigger killing 19 children and two adults.

When it’s a white person with a gun, the left blames white supremacy. When it’s a person of color they never even mention their race nor anything about guns. But when there’s a school shooting, the left goes after gun control.

Maloney said she is “deeply concerned that gun manufacturers continue to profit from the sale of weapons of war.

According to The Hill, she is seeking information about the manufacturing, sales and marketing of the guns. Though it is unclear how any of this can be of use to further prevent mass shootings from occurring when it is again, not the gun but the person who ultimately makes the decision to open fire.

Second Amendment advocates have criticized Democrats for urging strict gun control laws. Instead, they are calling for more armed teachers and heightened security in classrooms. During President Trump’s NRA speech, he reiterated the idea that parents and teachers need to be more proactive in looking for tell tale signs of dangerous behavior in kids.

“Our school discipline systems, instead of making excuses and continually turning a blind eye, need to confront bad behavior head-on and quickly,” Trump continued to say “the existence of evil in our world is not a reason to disarm law-abiding citizens who know how to use their weapons."