Trump Has an Idea About How to Find SCOTUS Leaker 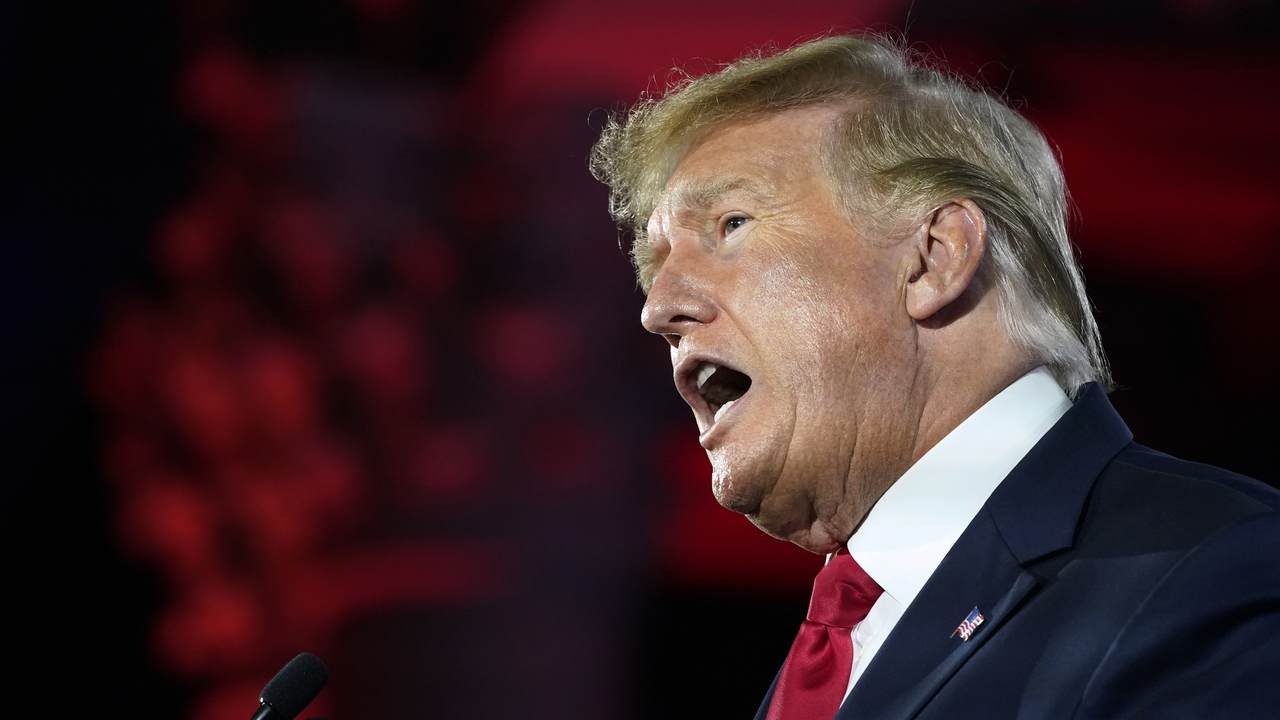 It's been over a month and a half since someone leaked a draft opinion showing that the U.S. Supreme Court was looking to use Dobbs v. Jackson to overturn Roe v. Wade, the 1973 Court decision that had legalized abortion on demand in all 50 states. Thus, under Dobbs, if the draft opinion holds, states will have the right to decide their own abortion laws. Since then, there has been an angry and even violent reactions from the pro-abortion movement. Protesters have shown up to the homes of conservative Supreme Court justices, with Justice Samuel Alito being forced to flee and Justice Brett Kavanaugh nearly being the victim of an alleged murder plot. Pro-life organizations, including pregnancy centers and churches, have been vandalized and even targeted by firebombs.

Chief Justice John Roberts confirmed not long after the leak that the draft was authentic, and tasked the Marshal of the Court to find who is responsible for the leak.

In all this time, however, there doesn't look to be answers on who the leaker is, though many speculate it may be a clerk for one of the more liberal justices.

All this time later, though, and there doesn't appear to be much progress. News reports and columns abound about how such an unprecedented leak is a problem for the Court and the justices. At the start of this month, CNN reported that "Supreme Court leak investigation heats up as clerks are asked for phone records in unprecedented move."

Not helping the situation is that Democrats largely don't seem to care. Those like Reps. Adam Schiff (D-CA) and Val Demings (D-FL), the latter who running against Sen. Marco Rubio (R-FL) in a key U.S. Senate race, have dismissed the leak and instead focused on their concerns that the Court would dare allow states to decide their own abortion laws.

This was even a narrative from the White House, with then White House Press Secretary Jen Psaki communicating as much from the podium. She would also go on to say in subsequent press briefings that the president "encourage[s]" protests at the justices' homes.

While the Senate quickly passed legislation to better protect the justices, with unanimous consent, it stalled in the House for over a month, with some Democrats wanting to protect the leaker who unleashed such chaos. House Speaker Nancy Pelosi (D-CA) was another one who just couldn't seem bothered to care. Finally, the bill passed the House last week, though 27 Democrats voted against it.

Former President Donald Trump, like others, has grown impatient about a lack of progress to find the leaker, and suggested an idea over his social media platform, Truth Social.

As Kaelan Deese highlighted for the Washington Examiner, Trump wants to look to the reporters who first broke the news of the leak, in this case POLITICO's Josh Gerstein and Alexander Ward.

Trump stressed that the Court "MUST find, reveal, and punish the 'Leaker,'" which he claimed was "Very easy to do" and directed to "Go to the reporter who received the leak." Trump continued to note that "This is a tremendously serious matter that has never happened, to anywhere near this extent, before" and warned that the "Court will be compromised and demeaned until this very big problem is solved."

In his coverage, Deese tellingly noted that a "spokesperson for Politico declined to comment."

The Supreme Court still has 13 cases to hand down opinions for, including Dobbs. Many had hoped that Chief Justice Roberts would release the final opinion soon after the leak, though he has not done so.

In comments for Townhall last month, Curt Levey, a constitutional law attorney and the president of the Committee for Justice, explained that the justices may be holding off on Dobbs as a matter of business as usual. His remarks in part mentioned that "all such speculation assumes that the Court strategically chooses when to release decisions. That runs counter to the Court’s probably-accurate claim that it releases decisions when they’re finished – that is, when the majority, concurring and dissenting opinions have all been completed. In this case, the dissenters – likely Breyer, Sotomayor and Kagan – have little incentive to rush. So how soon the decision is issued may well lie in their hands. While it’s true that the Court could release one or more of the opinions before all are complete, that would be an extremely unlikely departure from normal procedure."

The Court has designated Thursday and Friday of this week as decision dates, with Friday being more of a last-minute announcement.

The Supreme Court has added another opinion day this week. The court will issue opinions on both Thursday and Friday at 10 a.m. EDT. There are 13 cases that still remain to be decided.