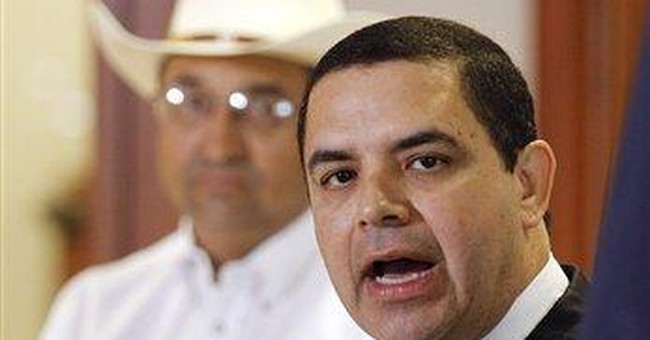 Decision Desk HQ projects Henry Cuellar
(@RepCuellar) is the winner of the Democratic nomination for U.S. House District 28 in Texas.

Rep. Cuellar is a significant figure in the Democratic Party, as he remains one of the last pro-life lawmakers in his party. He was the lone Democrat in the U.S. House of Representatives to vote last September against the radical Women's Health Protection Act (WHPA), which would expand Roe v. Wade. That bill has yet to pass the U.S. Senate, where it has failed multiple times. He is also one of the few Democratic lawmakers who remains in favor of the Hyde Amendment, which prohibits federal taxpayer dollars from funding elective abortions.

Democrats for Life of America (DFLA) has eagerly been supporting Cuellar's candidacy, expressing that "Pro-life Democrats are thrilled" with this victory. They also warned in a statement that a primary win by Cisneros would almost certainly guarantee a Republican victory.

"It was the right decision for Democrats and will keep the 28th District Blue. Had she been the nominee, Jessica Cisneros would have easily lost the seat to the Republicans because of her pro-abortion extremism," the statement read in part.

The race between Cuellar and Cisneros has been a lengthy one. Cuellar came up just short of the 50 percent needed to win before triggering a recount during the March 1 primary. Although he declared victory shortly after the May 24 runoff race, Cisneros did not concede and demanded a recount. Cisneros did concede on Tuesday, however.

In a statement shared over his campaign's Twitter account regarding the results, Rep. Cuellar pointed out how the margin of votes separating him and Cisneros had actually grown.

My statement below on the final recount results: pic.twitter.com/RxDHl0LPfq

Cook Political Report and Sabato's Crystal Ball regard the race as a "Toss-up," while Inside Elections still has the race as "Likely Democratic."