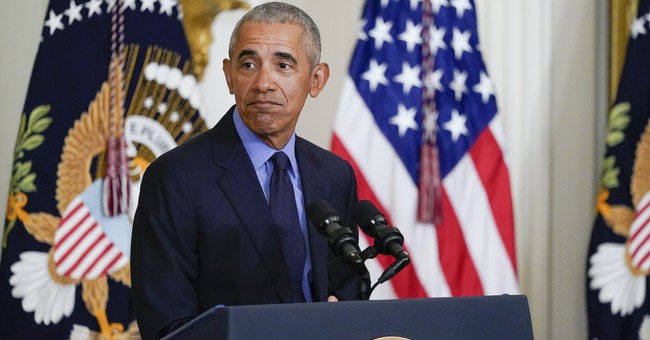 May 25 marked the two-year anniversary of George Floyd's death. It was also just a day since 19 young children and 2 teachers had lost their lives at the hands of a gunman at an elementary school in Uvalde, Texas. Former President Barack Obama, in a stunning Twitter thread, decided to equate the two.

"Fearless" host Jason Whitlock, during his appearance that night on "Tucker Carlson Tonight," put it best. It wasn't just the shocking equation of the two events, but that Obama is a rather eloquent and charismatic speaker, and said such things he would never say in person, because he was saying them behind a screen over social media.

Whitlock also continued by noting that Obama would not say that to anyone face-to-face. "He would never say these things on a one-on-one conversation with anybody in Texas who just experienced this. You can’t compare the slaughter of 19 children to a drug user and habitual criminal who resisted arrest and lost his life tragically because of a police man crossed a line. There’s no comparison to innocent children being slaughtered. Don’t stand George Floyd on the dead bodies of children, but this is what social media bates all of us to do," he continued.

Whitlock also tweeted his own responses to Obama, twice, which include referring to the first tweet as "one of the worst tweets in history."

As of Thursday morning, there are over 50,000 replies on Obama's tweet, many of them criticizing the former president, while there are close to 15,000 quoted retweets doing the same. Our friends at Twitchy picked up on some of the most noteworthy reactions as well.

The massacre that happened yesterday does not favor my narrative so much, so let's skip over the parents' grief and remind everyone of a misfortune that does favor my narrative to create more hate, after two weekends of mass murders.

Many takes highlighted Obama as the "divider in chief."

This is truly sick. 19 innocent children and 2 hero teachers were killed... and to the Divider-in-Chief, the real victim of Uvalde is George Floyd?

The ratio on this tweet will be a testament to how disgusting, callous, and politically opportunistic it was. You really are an awful person, Barack.

Instead of condolences or taking a moment to reflect on the tragic loss of 19 children (ages 7–10) and 2 teachers; @BarackObama does what he does best, race baiting and vilifying police through his generalization of our officers.

Further rhetoric from the divider-in-chief.

The great divider has spoken.

In the rest of the thread initially equating the 21 dead with Floyd, Obama also went on to promote his own organization, My Brother's Keeper Alliance.

Inspired by these young leaders, @MBK_Alliance launched a Reimagining Policing Pledge for mayors and cities ready to take action. If you’re wondering how you can help make things a little better today, here are some ways to get involved: https://t.co/1E1MfT1sza

"Barack" has been trending on Twitter as people react to such a take.