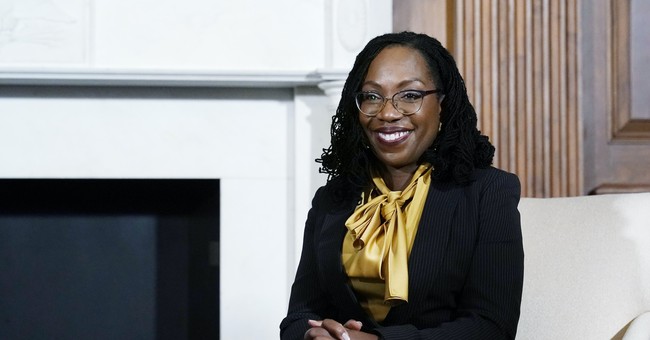 This week, Judge Ketanji Brown Jackson goes before the Senate Judiciary Committee as part of her confirmation hearings to decide if she will serve on the U.S. Supreme Court. Part of Judge Jackson's legal career has involved time as a public defender with a client of hers raising concerns.

Vaughn Alexander Kosh, a client of hers from 2006, went on to murder two disabled women in an unprovoked attack in 2019, traumatizing a 12-year old special-needs boy in the process, who was the son and grandson of the victims.

An American Accountability Foundation report shared with Townhall lays out a connection. "Tragically, Jackson’s unwillingness to get a violent offender, who posed a clear threat to his community, off the streets resulted in the death of two women, the permanent trauma of a young special-needs boy, and the lasting devastation of a family," the executive summary mentions.

By the time Kosh was a client of Jackson's, he already had a lengthy rap sheet spanning from 1990 to 2019, as laid out in a sentencing memorandum. They range from driving with a suspended license, to several temporary protection orders being granted against him to domestic violence.

Jackson represented Kosh after the D.C. District Court found he violated the conditions of his parole for a sentence for possession of a firearm by a felon. According to the D.C. Circuit Court, Kosh had pled guilty to one count of unlawful possession of a firearm and ammunition by a convicted felon on January 5, 2001. He had been sentenced to 24 months imprisonment, followed by three years of supervised release, which began on February 14, 2003.

On June 13, 2003, Kosh's probation officer informed the court that Kosh had violated the terms of his supervised release, in part by repeatedly testing positive for marijuana and failing to report for substance abuse counseling and a urinalysis test, which led to the district court issuing a warrant for his arrest. Kosh was arrested on April 8, 2005.

The AAF report takes issue with how Jackson argued to the circuit court that the district court had erred when considering Kosh's rehabilitative needs and that an 18-month sentence was too long.

"Instead of recognizing that Kosh was a threat to the community and that mental health counselling was in the best interest of Kosh and the community, Brown Jackson spent considerable effort at the District of Columbia Circuit Court of Appeals and at the U.S. Supreme Court trying to keep Kosh out of prison," the executive summary mentions.

The circuit court rejected these arguments, writing "In light of the record evidence of the defendant’s bipolar disorder and long history of drug usage, we cannot say that the district court’s determination was unreasonable."

The AAF report, citing a 2005 brief, notes "Jackson’s brief on Kosh’s behalf also troublingly does not seem to concede that Kosh is a threat to the community and that his mental health issues are not genuine, repeatedly characterizing them as 'alleged.'"

The report notes that Kosh was charged with "Second Degree Murder, Aggravated Assault while Armed (victim died as a result of her injuries after plea was negotiated), Assault with a deadly weapon of a minor, & Simple Assault."

Paul Duggan covered the sentencing for The Washington Post last October. According to his report:

A D.C. man with a history of mental illness was sentenced to 20 years in prison Friday for shooting two physically disabled women in their Northeast Washington apartment while a terrified 12-year-old boy, watching his mother die, begged the gunman: “Please don’t get me! Please don’t get me!”

The youngster, identified in D.C. Superior Court as “J.H.,” was living with his mother, Alayna Howard, 38, and his grandmother Dawnella Howard, 61, in the Trinidad neighborhood when the shootings occurred on Dec. 7, 2019. The attacker, Vaughn A. Kosh, now 50, resided in an adjacent apartment and harbored delusional grievances against the family, authorities said.

Recounting the attack in a court document, a prosecutor said Alayna Howard tried to protect J.H., repeatedly screaming, “Please don’t get my baby!” Kosh shot her in the face and neck as the boy looked on, pleading for his life. According to the prosecutor, Kosh replied, “If I wanted to get you, I would like I did your mom.”

Alayna Howard was pronounced dead that morning. Dawnella Howard died long afterward in a nursing facility from a medical condition related to her wounds, family members said. She was quarantined from loved ones in the end because of the coronavirus pandemic. They said J.H, who was “a special-needs child” even before the shootings, now lives with a relative and suffers from post-traumatic stress disorder.

On Kosh being mentally ill, the AAF report cites the sentencing memorandum. "Although this may have contributed to the defendant’s life, he has been deemed competent in understanding his actions. Additionally, he took deliberate steps to hide his actions and then minimize or omit his role when speaking to the police," the memorandum reads.

That memorandum also explains how Kosh blamed his victims, in that Kosh "apologized and stated he felt remorse about the shooting, but he also stated that the decedent and the victims had pushed him too far and too long."

The government took into account Kosh's "mental health struggles, and the fact that he blames the victims for the harm he imposed on them" when asking for the 20-year sentence, plus 5 years of supervised release.

"Discounting Kosh’s culpability because of struggles with mental illness diminishes the struggles millions of Americans with mental health issues who do not engage in a life of crime and who do not commit murder," the AAF report mentions, referencing a victim impact statement from Taj Gilmore, the brother-in-law of Alayna Howard.

"For all of these reasons it is clear that the U.S. criminal justice system, generally, and Ketanji Brown Jackson, specifically in this case, failed to take the steps necessary to keep a dangerous criminal off the streets. The consequences of this abdication of duty were tragic and avoidable," the report's closing reads.

AAF Founder Tom Jones provided a statement to Townhall, sharing "Ketanji Brown Jackson decided that she wanted to put her considerable skills to work defending some of the most despicable people in America’s communities — people like Vaughn Kosh. Americans should be concerned she is going to bring that bias to the Supreme Court."

Judge Jackson's record has also been scrutinized, via a Twitter thread by Sen. Josh Hawley (R-MO), over doling out lenient sentences below the guidelines for sex offenders who prey on children. The White House and allies in the media have attacked Hawley and claim it's "low" for him to bring up a judicial nominee's record.

During his appearance on ABC's "This Week," Sen. Dick Durbin (D-IL), who chairs the Senate Judiciary Committee, referenced fact-checkers that took issue with Hawley. A common theme of these fact-checkers and others in the media is they've revealed a position that the guidelines are not lenient enough for such criminals.

In a 1996 Harvard Law Review article, Jackson wrote that "even in the face of understandable public outrage over repeat sexual predators, a principled prevention/punishment analysis evaluates the effect of the challenged legislation in a manner that reinforces constitutional safeguards against unfair and unnecessarily burdensome legislative action."

Opening statements in the confirmation hearing start today. The hearings will continue through this week.