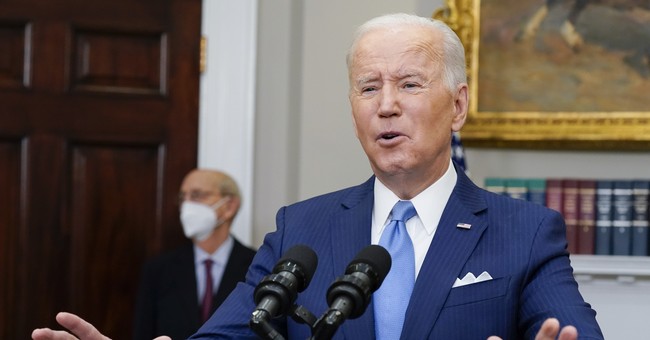 Lieutenant Governor John Fetterman ultimately stayed to hear President Joe Biden speak in Pittsburgh, after he had visited the site of the bridge that collapsed hours before the president arrived to discuss infrastructure. He had initially planned to keep a meeting with Pennsylvania Democrats in Harrisburg.

Hours before President Joe Biden's arrival in West Mifflin, Pennsylvania on Friday to tout the infrastructure law he signed last year, Pittsburgh's Fern Hollow Bridge collapsed. Timothy Bella reported for The Washington Post that three people have been sent to the hospital, nobody with life-threatening injuries, and there are presently no fatalities.

Such news is not the only bad omen for Biden's trip. Reports indicate that leading Democratic candidates for statewide office will not meet with the president during his trip to the Keystone State.

On Thursday evening, Lexi Lonas reported for The Hill that Lieutenant Governor John Fetterman and state Attorney General Josh Shapiro are among those who will not meet with the president during his visit. Fetterman, who is running to replace outgoing Sen. Pat Toomey (R-PA), will be in the state's capital, Harrisburg, to discuss his Senate run with Democrats. As Lonas subsequently reported for the outlet on Friday, Fetterman did appear at the scene of the collapsed bridge, where he told CNN he was "speechless" about the scene.

Shapiro, who is running for governor, has "a scheduling conflict," though he has met with Biden before. From Lonas' Thursday night report:

However, Fetterman said he will be meeting with Democrats in Harrisburg to discuss the 2022 midterms and is unable to attend the event.

Shapiro’s spokesperson said he had a scheduling conflict, although he did not elaborate, but emphasized that Shapiro appeared with Biden in other events in 2021.

“Josh Shapiro is running to be the governor of Pennsylvania and he’s focused on the issues that matter to Pennsylvania families,” a campaign spokesperson told The Hill in a statement.

“Like every American should, Josh wants our president to be successful and we’ll continue welcoming President Biden to his home state of Pennsylvania,” the statement added.

POLITICO's Playbook AM for Friday morning also made reference to the snubs, though Rep. Conor Lamb, who is also running for Senate, will attend:

ALSO IN PA — It’s rare for a state-level politician to skip an opportunity to press the flesh with a visiting president from their own party. But that’s what two prominent Democratic hopefuls are doing when Biden arrives in Pittsburgh today. “Lt. Gov. JOHN FETTERMAN, a leading Senate candidate, and state Attorney General JOSH SHAPIRO, the likely Democratic nominee in the race for governor, will be absent,” AP’s Steve Peoples and Marc Levy note. “Another top Senate candidate, Rep. CONOR LAMB, a longtime Biden supporter based in Pittsburgh, will attend. All three had been invited to participate in a photo line with the president.”

The campaign for Jeff Bartos, a Republican in the running for Toomey's seat, provided a statement for Townhall about such snubs.

"I guess Democrats in Pennsylvania are taking a page from Joe Biden’s book and trying to hide in the basement. But try as they might to steer clear of an unpopular president, every Democrat running for office will have to answer for locking down our businesses, keeping our kids out of the classroom, record inflation, higher gas prices, a humanitarian crisis at the southern border and an emboldened China," said Bartos' Campaign Manager Conor McGuiness.

As I've explored before, Fetterman and Shapiro are not the only Democrats to snub a visit with Biden. Earlier this month, after Biden made a divisive speech in Atlanta on so-called voting rights, he was snubbed by Democrat Stacey Abrams, who announced last month that she was once again running for governor of Georgia.
Biden did campaign with the Democratic ticket leading up to Virginia's statewide election last November, most prominently with former Gov. Terry McAuliffe who was elected in 2013 and ran for reelection 2021. All three Democratic candidates lost their races to Republicans. Republican Governor Glenn Youngkin, Lieutenant Governor Winsome Sears, and Attorney General Jason Miyares were inaugurated earlier this month in Richmond.
Share this on Facebook
Tweet
Maybe the San Francisco School District Hasn't Learned Its Lesson After All When It Comes To Priorities
Rebecca Downs