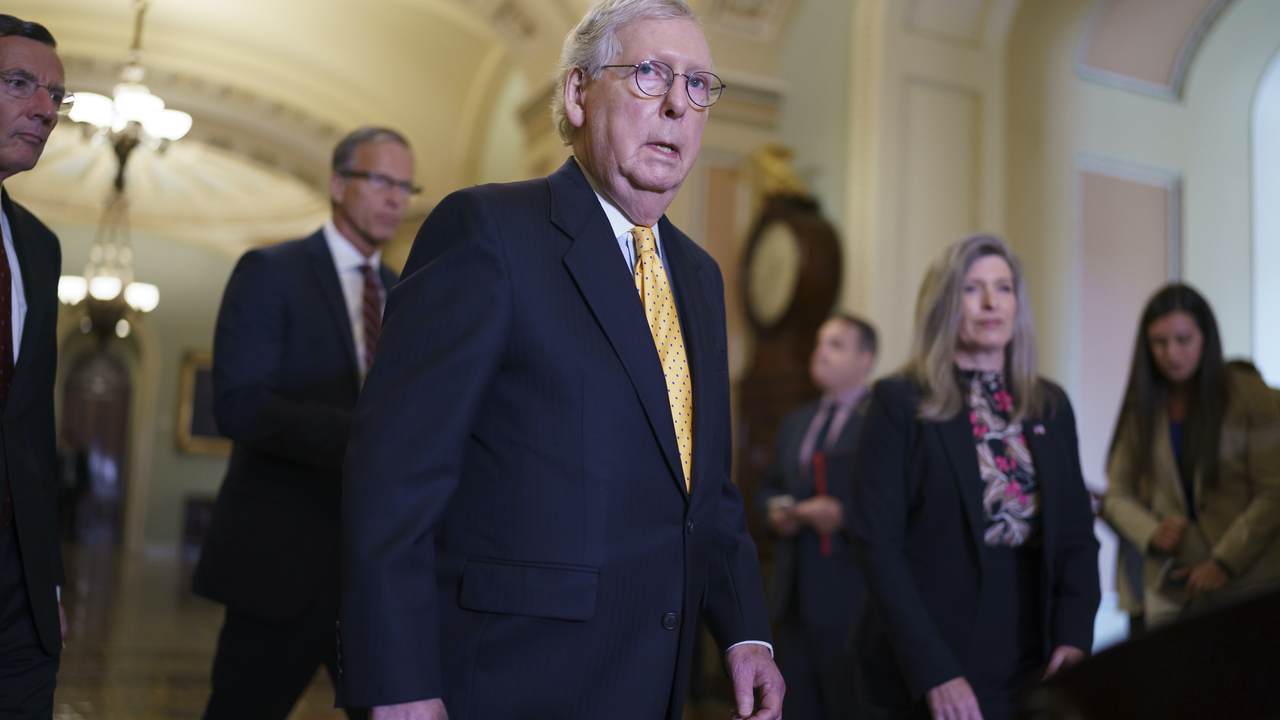 It's now officially a midterm election year, but Senate Minority Leader Mitch McConnell has told colleagues and donors that the GOP doesn't have a legislative agenda. With the election ten months away but campaigning starting much sooner than that, it will remain to be seen if this tactic pays off. Rather, as Jonathan Swan reported for Axios last month, McConnell prefers to remind the American people of the legislative failures of Democrats.

Swan noted that McConnell "adamantly rejects this idea" of having an agenda, and even got into it a bit with a donor at the Capitol Hill Club on November 16:

A donor asked a question that could only be answered by McConnell. According to a source in the room, the donor said something to the effect of: We all know what's wrong with the Democrats, but what are we going to be running on to help us win?

McConnell has long held the view that putting out an agenda ahead of midterm elections is a mistake — at least for Senate Republicans, the sources told Axios.

During the mid-November dinner, McConnell told the donor it would be the job of the next Republican nominee for president in 2024 to lay out the party's future agenda.

While President Joe Biden and his administration tout legislative successes such as the passage of the infrastructure bill, a major part of Biden's agenda failed when Sen. Joe Manchin came out against the Build Back Better Act last month. Democrats have also talked an awful lot about passing voting legislation, which would actually amount to a federal takeover of elections, but have been able to do so thanks to the filibuster remaining in place.

Swan also points to House Minority Leader Kevin McCarthy (R-CA) and his tactics, though, which is to have a legislative agenda to release. It's also worth mentioning that the Republican Study Committee (RSC) frequently releases their own plans for when they retake the majority, such as pieces of model legislation and budget proposals.

In closing his piece, Swan noted as his "Bottom Line" that "Current polls appear to support McConnell's political calculation." As he went on to write, "By almost any measure — from President Biden's approval rating to the generic ballot — Republicans are enjoying their best political environment for a decade."

Indeed, as we've highlighted at Townhall, the polls look not only bad for Biden, but good for Congressional Republicans. Some polls even have the GOP up by 10 percentage points, which is a particularly good sign and indicates that a red wave is a very real possibility.

McConnell is right to mention history, as recent trends show that the president's party almost always loses seats in the midterm election. McCarthy himself last November predicted the GOP could pick up 60 seats come the 2022 elections. The highest recent pickup was the 63 House seats the GOP won in 2010, when President Barack Obama was in office, allowing them to take control of the House.

Beyond what Swan indicated in his piece is the fact that the Democratic majority in the Senate and in the House is in the single digits. In the 50-50 Senate, Democrats only have a majority because Vice President Kamala Harris serves as the tie breaking vote. Not only is their majority in the House particularly small, but a significantly high amount of Democratic House members--including committee chairs--have announced they are retiring.

The Cook Political Report has since indicated that the GOP is favored to take control of the House, as Leah reported on Friday.

Regardless of whose plans works, both the House and the Senate are in good positions to come under Republican control.