Yet Another Afghan Refugee Has Been Charged with Rape 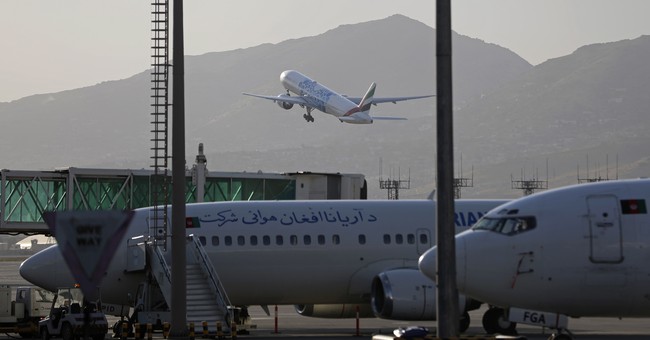 A month after Katie reported that two Afghan refugees were indicted on federal charges, including those to do with domestic violence and sex with a minor, another refugee is being charged with rape. According to Elizabeth Faddis with the Washington Examiner, Zabihullah Mohmand, 19, was charged by the state of Montana with having sexual intercourse without consent. His alleged victim is known as "Jane Doe," 18.

As explained in an affidavit filed on October 18 in the Justice Court of Record for the County of Missoula, Doe had been out drinking with friends and she, a female friend, Mohmand and two other unidentified men left for a house party. When it turned out that the house party did not exist, Mohmand asked Doe to go back to his hotel with her. She agreed to but repeatedly told him she didn't want anything to happen.

Doe disclosed that she went to sleep but woke up to Mohmand on top of her. "I just couldn't get him off me," she said, according to the filing. "I had sex with one of them. What was I supposed to do?" Her "neck had significant bruising and red marks on the sides of her neck," according to the court documents. "Doe disclosed that the defendant had also held her to the bed by placing his hand around her neck and using force to do so."

Ultimately, Doe got dressed and left when Mohmand was not looking, though he followed her out and tried to stop her from leaving. He also tried to repeatedly call her.

While Mohmand admits to having had sex with Doe, he said that it was consensual and that the marks were from him kissing her neck. According to the court documents, Mohmand "claimed Doe wanted him very badly and was coming on to him."

Mohmand did admit though that Doe was intoxicated. He described Doe as "very" drunk, according to the court documents, to the point where it impacted the victim's ability to walk. In Montana, intoxication can impact a person's ability to give consent. He also denied that Doe had left anything behind, but she claimed she had left her bra and socks at the hotel room, which were later recovered.

Reporting from Connor McCauley with NBC Montana included statements from the Montana Department of Public Health and Human Services confirming Mohmand is in the country as part of the federal resettlement program:

Jon Ebelt with DPHHS says Zabihullah Mohmand, 19, “was placed in Montana as part of the federal Afghan Placement and Assistance Program.”

He told law enforcement he is on a worldwide trip from Afghanistan visiting Missoula.

McCauley had also reported on comments from Montana lawmakers:

Gov. Greg Gianforte says Mohmand did not have a Special Immigrant Visa status.

The governor, along with U.S. Rep. Matt Rosendale, is calling for a re-evaluation of the vetting process before resettlement efforts can be continued in Montana.

“I called on the Biden administration to make sure that these refugees are fully vetted. It’s not clear to us what occurred in this situation, so we are asking the Biden administration to halt the placement of refugees here until they can assure us that the people that are being placed -- our allies have been fully vetted,” Gianforte said during a press conference Thursday.

“The simple fact that we just saw an assault -- a rape -- take place in Missoula this past weekend, and now we are getting reports that it was from a humanitarian parolee stresses the necessity that we have a better accounting of who is coming into our country,” Rosendale said in an interview Thursday.

U.S. Sen. Steve Daines has also commented on the case, saying in a statement that the response from the Biden administration has been insufficient.

Daines is demanding detailed information about Mohmand’s vetting and screening process prior to being placed in Montana.

U.S. Sen. Jon Tester said in a statement that the report is deeply disturbing and reaffirmed his belief that all Afghan refugees must be fully vetted.

Mohmand will be arraigned on November 1.

As Leah covered last month, Department of Homeland Security Secretary Alejandro Mayorkas revealed that of the 60,000 Afghan evacuees in the United States, only about 3 percent, or roughly 1,800, are Special Immigrant Visa (SIV) holders.