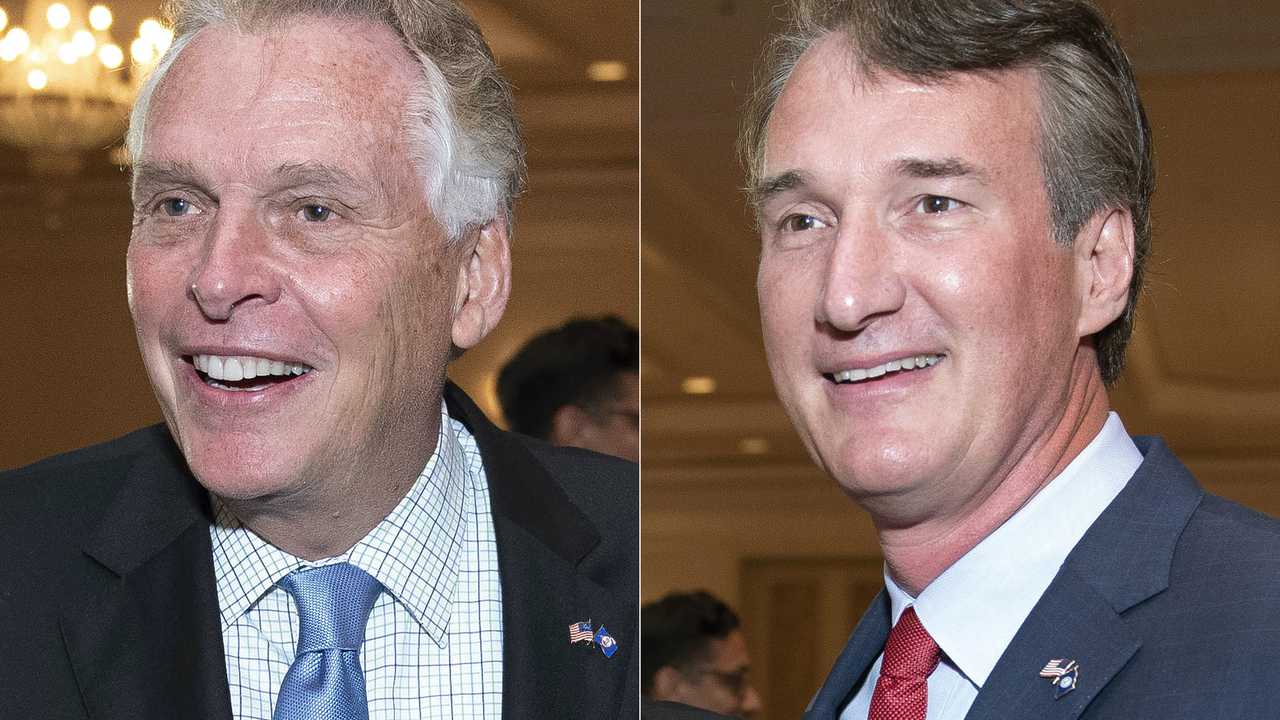 On Wednesday, Monmouth Poll revealed that Virginia gubernatorial candidates Terry McAuliffe (D) and Glenn Youngkin (R) are tied, with 46 percent a piece, as McAuliffe's lead has slipped the closer the election is and Youngkin's standing has improved. That poll was not an outlier, it turns out.

McAuliffe and Youngkin are also shown to be in a dead heat according to a CD Media/Big Data poll which was released on Thursday. Both candidates have 47 percent support from unlikely voters.

Also similar to results from Monmouth is how likely voters with this poll also regard "Economy and Jobs" as the most important issue, by 25.5 percent. The second most important issue, with 17.4 percent, is "Cost of Living/Taxes/Inflation." In the Monmouth poll, Youngkin is seen as the favored candidate on these issues.

“Democrats wanted this election to be about the pandemic, Medicaid expansion and other healthcare-related issues,” Big Data Poll Director Rich Baris noted. “But concern over the pandemic response and healthcare have taken a backseat to pocketbook issues and public education.”

"Coronavirus/Vaccinations" was cited by 15.2 percent of voters, but "Public Education/Critical Race Theory" is very closely behind, with 14 percent. In the past few weeks, leading up to the election, education has become an increasingly hot topic.

When it comes to the further breakdown of voters, the write-up also notes:

Mr. Youngkin is offsetting a slight disadvantage among base crossover (4% vs.7%) with a roughly 10-point lead among independents and third-party voters, 48.3% to 38.0%. In 2017, then-Republican nominee Ed Gillespie only carried this group by just under 3 points.

The poll was conducted October 16-20 with 1,061 likely voters and a survey sampling error of plus or minus 3 percentage points.

A Data for Progress poll on Friday did show McAuliffe ahead of Youngkin by 5 points among likely voters, 50-45 percent, though that is a progressive organization.

That poll was conducted October 4-15 with 1,589 likely Virginia voters and a margin of error of plus or minus 2 percentage points.

That poll was conducted October 18-21 with 661 likely Virginia voters and a margin of error of plus or minus 3.8 percent.

In a statement for Breitbart, which reported on the poll, Conway said "[t]his is anyone’s race."