Are These Key Senators Any Closer to Voting for Spending Package? 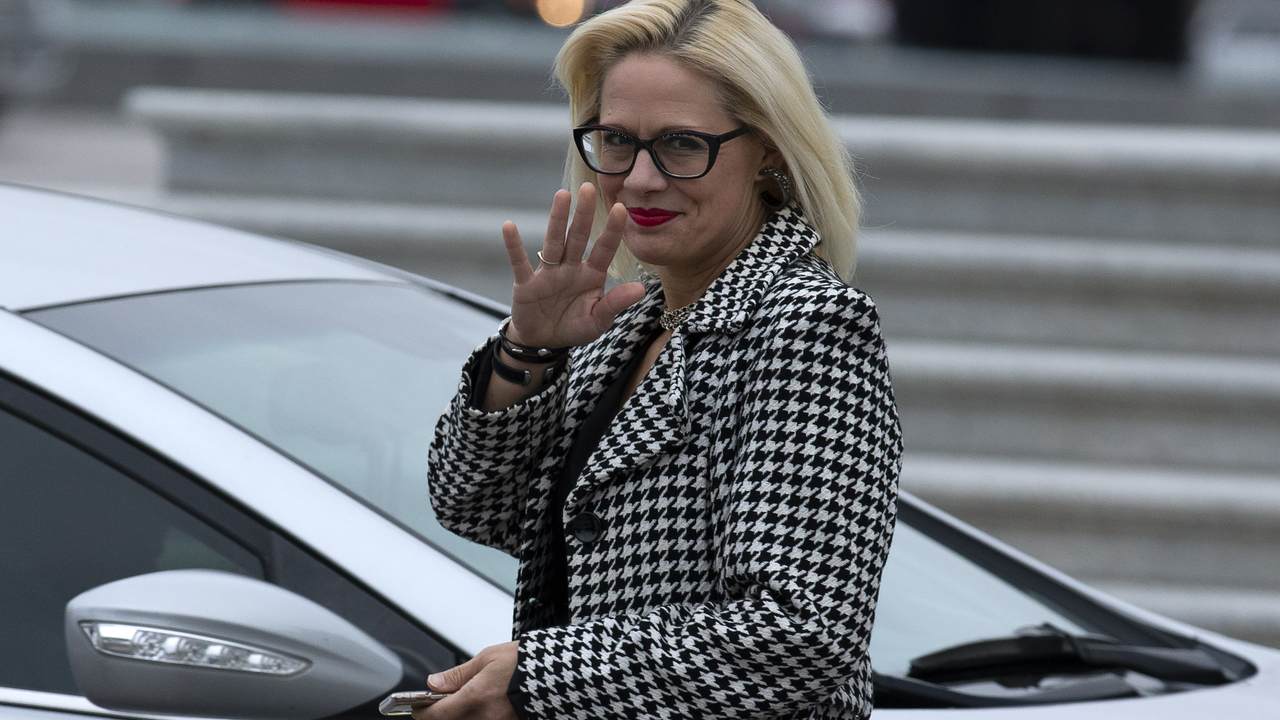 As has been highlighted, the spotlight over this $3.5 trillion spending package is the infighting and disunity between Democrats. Sen. Joe Manchin (D-WV) has repeatedly insisted he will not support any package that comes at that high a cost. Sen. Kyrsten Sinema (D-AZ) has also signaled opposition. Since Democrats need every member to toe the line, President Joe Biden himself met with the two Democrats on Wednesday, as Tony Romm with The Washington Post reported.

Romm, who admits in his opening that getting the spending proposal passed is "a fight that’s still far from finished," wrote further about the what still needs to be accomplished by the Democrats:

But the fruits of lawmakers’ labors quickly seemed overshadowed by political reality. A proposal that would try to lower the cost of prescription drugs for millions of seniors appeared in fresh jeopardy, after a small group of Democrats dealt it an early blow in the House. The fuller $3.5 trillion plan, meanwhile, faced even more significant hurdles in the Senate — prompting Biden to embark on a renewed effort Wednesday to try to reassure wavering members of his own party.

In a burst of personal outreach, Biden huddled with Sen. Kyrsten Sinema (D-Ariz.) in the morning, then met with Sen. Joe Manchin III (D-W.Va.) later in the day. Both centrists have signaled they are unwilling to vote for a final package unless Democrats come down in cost. Their opposition has infuriated liberal lawmakers, including Sen. Bernie Sanders (I-Vt.), who has rebuffed their attempts to whittle down the size of the plan — putting Democrats on a collision course in a chamber where they simply have no votes to spare.

As House lawmakers finalized their work Wednesday, Sinema and Manchin individually met with Biden at the White House. Manchin only a day earlier reiterated his opposition to a $3.5 trillion bill, as he instead proposed a package that could be only half that size. Manchin also has taken aim at key elements of Democrats’ plans to combat climate change, setting up further infighting as the debate shifts to the Senate.

Officials on Capitol Hill and at the White House said the separate meetings marked the first substantive chance for Biden to engage directly with the two pivotal senators and declined to discuss the sit-downs in much detail. Sinema spokesman John LaBombard said only that her meeting with Biden was “productive” and added: “Kyrsten is continuing to work in good faith with her colleagues and President Biden as this legislation develops.”

That Biden met with Sinema and Manchin especially is not surprising, since he said last week "I look forward to speaking with [Manchin]."

White House Press Secretary Jen Psaki also addressed the meeting during Wednesday's press briefing, or rather she sort of did.

"The — Senators Sinema and Manchin are here to discuss the Build Back Better agenda and this path forward.  And I know one of the meetings was happening, one of them is happening later this afternoon.  The President certainly believes there will be ongoing discussions — not that there’s necessarily going to be a conclusion out of those today, but that was the primary focus and purpose of these meetings," Psaki told a reporter.

Sen. Bernie Sanders (I-VT), the Senate Budget Committee Chairman who caucuses with the Democrats is not only unwilling to go down on the price, he doesn't think the price is high enough. But, as Romm highlighted, the division delves deeper:

If Democrats ultimately choose to reduce their spending, it may force the party to compromise on some of its core ambitions, a prospect that was not lost on Rep. John Yarmuth (D-Ky.), the House’s top budget-maker. He described the renewed objections as a “source of great frustration,” adding in an interview earlier this week that the caucus is holding firm.

“A significant number of our caucus — at least half, and probably significantly more than half — wanted to do more than $3.5 trillion,” he said. “It’s very frustrating for most of us, and I think it strengthened our resolve to move forward.”

To pass it, Democrats intend to use the process known as reconciliation, which will allow party lawmakers to sidestep a Republican filibuster — but only if Pelosi and Senate Majority Leader Charles E. Schumer (D-N.Y.) can keep their caucuses together. Pelosi has only three votes to spare in the House, and Schumer has none in a Senate where Democrats can only break ties, leaving the party unable to afford defections.

With time tight, and the margin for error increasingly slim, Pelosi issued a plea to her caucus earlier this week, writing in a letter that Democrats must “stay united in our quest to reach our goal and honor our values.”

Already, though, there are signs that Democrats have started to stray.

In a separate piece for The Washington Post, Mike DeBonis wrote that "Joe Manchin gets all the attention. But Kyrsten Sinema could be an even bigger obstacle for Democrats’ spending plans." According to DeBonis:

Other Democrats familiar with Sinema’s work behind the scenes, who spoke on the condition of anonymity to discuss sensitive negotiations, said a major priority has been to ensure that matters that were negotiated out of the bipartisan infrastructure bill — additional transit funding, for instance — do not reappear in the Build Back Better bill, which would violate an agreement with Republicans to keep the two bills separate.

Sinema, the Democrats said, has also been exploring ways to “means test” some programs to target their effect on the nation’s neediest at a moment when many liberals argue that a much larger swath of Americans need help from the federal government.

Meanwhile, in the House, Rep. Stephanie Murphy (D-FL), who is part of the Ways and Means Committee, has come out against the reconciliation package. She voted against advancing provisions in her committee on Wednesday, according to Mychael Schnell with the Hill. The congresswoman had also signaled her lack of support last week.