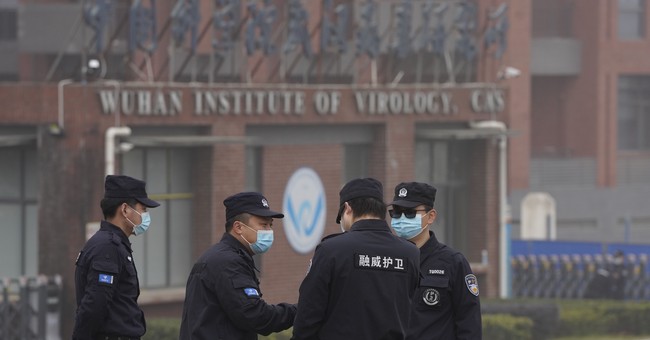 Both congressman, in statements made in a press release from Rep. Carter's office, warned against the dangerous of such research and referenced how such a pause could prevent future pandemics.

This is something we never should have allowed without proper oversight and safety protocols,” said Carter. “We knew the dangers of gain-of-function research, but the National Institute of Health and Dr. Fauci continued to fund it in America and overseas. Evidence continues to mount that COVID-19 originated from the Wuhan Institute of Virology with research funded by U.S. taxpayers. We must double down on our efforts to prevent irresponsible research and protect our communities from future pandemics. Our bill will prevent taxpayer funds from being used to conduct gain-of-function research until we can ensure proper safety standards are put in place.”

“The COVID-19 pandemic has disrupted our economic, educational, and public health well-being. As one of the wealthiest and most powerful countries in the world, the United States needs to prepare and invest in measures that help to prevent any future pandemics,” Congressman Cuellar said. “Gain-of-function research has been directly linked to the spark of the coronavirus pandemic. The Pausing Enhanced Pandemic Pathogen Research Act is the best path forward to ensure that we avoid U.S. taxpayer funds from falling into the wrong hands. I look forward to working closely with colleagues on both sides of the aisle to ensure that we pass responsible legislation for our futures.”

Rep. Carter in particular had choice words for Dr. Anthony Fauci, who has been less than forthcoming about gain of function research.

Bombshell reports came in from The Intercept last week that their Freedom of Information Act (FOIA) request resulted in the release of 900 pages, which should make Dr. Fauci quite nervous, as Matt highlighted. What did that release reveal? Well, EcoHealth Alliance used federal grants to fund bat coronavirus research.

The bat coronavirus grant provided EcoHealth Alliance with a total of $3.1 million, including $599,000 that the Wuhan Institute of Virology used in part to identify and alter bat coronaviruses likely to infect humans. Even before the pandemic, many scientists were concerned about the potential dangers associated with such experiments. The grant proposal acknowledges some of those dangers: “Fieldwork involves the highest risk of exposure to SARS or other CoVs, while working in caves with high bat density overhead and the potential for fecal dust to be inhaled.”

Alina Chan, a molecular biologist at the Broad Institute, said the documents show that EcoHealth Alliance has reason to take the lab-leak theory seriously.

According to Richard Ebright, a molecular biologist at Rutgers University, the documents contain critical information about the research done in Wuhan, including about the creation of novel viruses. “The viruses they constructed were tested for their ability to infect mice that were engineered to display human type receptors on their cell,” Ebright wrote to The Intercept after reviewing the documents. Ebright also said the documents make it clear that two different types of novel coronaviruses were able to infect humanized mice.

EcoHealth Alliance has been in the news on this for some time as well. As another FOIA request revealed in June, in the form of thousands of Fauci's emails, Dr. Peter Daszak, the president of EcoHealth Alliance, had thanked Fauci in April 2020 for downplaying the lab leak theories. Now we have an even better idea why that is.

As one can see from even just one of the memorable exchanges between Dr. Fauci and Sen. Rand Paul (R-KY), Dr. Fauci has denied that that the National Institutes of Health (NIH) funded such research at that lab.

Sen. Paul has not forgotten. And why should he? As Leah reported, he announced last week that he's asked the Department of Justice to review Dr. Anthony Fauci’s testimony to Congress over possible perjury.

Similar efforts have been met with support from Congress. In May, as Katie reported, Sen. Paul introduced an amendment which passed as an unanimous voice vote to defund gain of function research from China.

The White Coat Waste Project, a non-partisan organization that acts as a taxpayer watchdog group and has been raising awareness about and calling for a pause on gain of function for months now, chimed in on the legislation.

"We applaud the outstanding leadership of Reps. Cuellar and Carter for introducing bipartisan legislation to protect taxpayers and global health by defunding dangerous gain-of-function experiments. Taxpayers should not be forced to bankroll animal experiments that place public health in peril and recent polls show that a majority of Democrat and Republican voters agree," said Justice Goodman, vice president of the group.

The White Coat Waste Project pointed to an April 2021 poll of 1,000 voters from Lincoln Park Strategies found that 55 percent of Americans want to defund gain of function research. This includes a majority of Democrats and Republicans, at 60 percent and 59 percent respectively, and a plurality of Independents, at 49 percent.