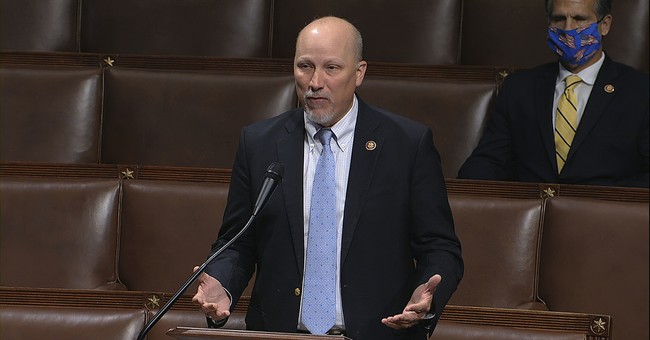 House Democrats with the Homeland Security Committee are in the committee of jurisdiction to handle the border crisis, at least they're supposed to be. Instead, they're taking to attacking Gov. Ron DeSantis (R-FL) over social media.

Hey House Homeland! How's the Border? Asking for the city of McAllen.

Also, it's pretty sad to see a Congressional committee (not even responsible for health/ paging Energy & Commerce) go after a sitting Governor.

Rep. Chip Roy (R-TX), just as many others who left replies over Twitter did, was quick to point out the hypocrisy of this area of focus.

900% spike in cases in the RGV last month

Thousands of covid-positive migrants dumped in McAllen since FEB

Yet Ds on House committee of jurisdiction tweet about @GovRonDeSantis instead of fixing the crisis https://t.co/Otg6Vh4Is5

Julio has reported on many of these catastrophic happenings at the border, having seen many of it firsthand or at least speaking with those on the ground who have.

Secretary of Homeland Security Alejandro Mayorkas during a Thursday press conference in Brownsville, Texas, revealed that there were 212,672 apprehensions at the border in July. This record high was an increase from June's numbers.

As Townhall has covered, Rep. Andy Biggs (R-AZ) will be introducing impeachment articles against Mayorkas in the coming weeks to do with his failure at handling the border crisis.

Rep. Roy has also spoken at length about the crisis at the border, particularly when it comes to the hypocrisy of  having mask mandates in the U.S. House of Representatives.

Rep. @chiproytx is NOT happy with Democrats, the CDC, and mask mandates.

"This institution is a sham." pic.twitter.com/htjjc8vH3J

Christina Pushaw, DeSantis' press secretary, reaffirmed the points made in Roy's tweet. "Congressman Roy is absolutely right to raise this issue. Governor DeSantis has pointed out how outrageous it is for the Biden Administration and congressional Democrats to push COVID restrictions like vaccine passports on American citizens, legal immigrants, and tourists, while allowing illegal immigrants to pour across the border with zero restrictions at the highest levels in more than 2 decades," she said in a statement for Townhall.

"This is a double standard, it is inconsistent and completely unfair. Last year, Biden promised to 'shut down the virus.' Instead, he opened the border to potentially every variant in the world," she continued.

Further, as Leah reported, the Florida Department of Health had to call out the Centers for Disease Control (CDC) for overstating the state's new cases.