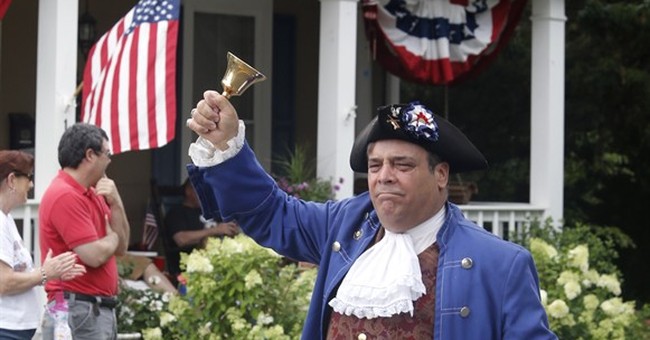 From a May 20 press release from the board:

In updating its college naming policy, the Board agreed college names “Should reflect the values of inclusive and accessible education articulated in the VCCS mission statement, with special emphasis on diversity, equity, and opportunity, and be relevant to the students it seeks to serve and to the geography of its service region.”

The Board’s decisions represent the latest step in a process that began nearly a year ago when it directed local college advisory boards to review the appropriateness of the names of its college, campuses, and facilities. The Board, by policy, carries the sole authority to decide the names of Virginia’s Community Colleges.

"Give me liberty, or give me death!" is a quote attributed to Henry, during the Second Virginia Convention in 1775. He also served as the first and sixth post-colonial governor of Virginia.

However, like many other Founding Fathers, Henry was a slave owner when slavery was legal in Virginia.

As Bill Wyatt pointed out for Martinsville Bulletin, "the geography of the region PHCC serves is also named Patrick and Henry counties."

The State Board of Community Colleges in Richmond plans to change our name, but they have given us the opportunity to recommend what they should change it to.

If you have a great suggestion, we want to hear it!
Go to https://t.co/EO7Dpqhmuk to submit your ideas. pic.twitter.com/2lWnCquJ4Z

Other community colleges to change their name include:

While the decision may have been unanimous by the State Board of Community Colleges, not all were thrilled. As Wyatt reported:

“It flies in the face of everything we’re being told by the State Board,” PHCC board member Wren Williams said. “It seems like the left hand doesn’t know what the right hand is calling inappropriate.”

“You’ve got Ralph Northam saying ‘Patrick Henry Community College needs to change its name because Patrick Henry is an inappropriate person, and then he declares June 29, 10 days after Juneteenth, Patrick Henry Day,” Williams said. “It’s like, come on, guys, pick a lane.”

“This is what people hate about government and bureaucracy, the sort of self-righteousness of bureaucrats and politicians where they know what’s better and then they can’t get their act together,” Williams said.

From Gov. Northam's June 29 proclamation, one would never know there was a need to change the college's name, however:

WHEREAS, Patrick Henry, a founding father of Virginia and the Nation, was born in Hanover County, Virginia on the 29th of May, 1736; and

WHEREAS, Patrick Henry became a lawyer through self-study in 1760 and soon gained a following through his oratory skill while he defended the liberties of common people; and

WHEREAS, Patrick Henry distinguished himself as a lawyer and a statesman when he was elected to the Virginia House of Burgesses in 1765, then was admitted to the Bar of the General Court of Virginia in 1769, elected to the Continental Congress in 1774, and when he served as a Colonel of the 1st Virginia Regiment; and

WHEREAS, while serving as delegate from Hanover County to the Second Virginia Convention that convened at St. John’s Episcopal Church in Richmond on the 20th of March 1775, Patrick Henry delivered his historic “Give me liberty or give me death” remarks; and

WHEREAS, Patrick Henry served on the committee in the Virginia Convention of 1776 that drafted the Commonwealth's first constitution which was adopted on the 29th of June 1776; and

NOW, THEREFORE, I, Ralph S. Northam, do hereby recognize June 29, 2021, as PATRICK HENRY DAY in our COMMONWEALTH OF VIRGINIA, and I call this observance to the attention of all our citizens.

Del. Jason Miyares, who is running to be the Commonwealth's Attorney General, sounded the alarm about the hypocrisy. "Our woke Governor declared last Tuesday as “Patrick Henry Day”, while Patrick Henry Community College is forced to change its name to appease the woke crowd. We need to end this Far Left Liberal Monopoly in Richmond," he said in a statement for Townhall.

The board will convene on July 15 to discuss the name change.