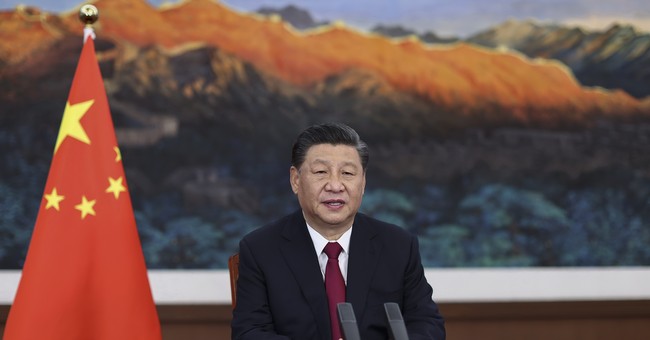 July 1 marks 100 years of the Chinese Communist Party (CCP). To celebrate, President Xi Jinping gave a speech to a crowd of 70,000 people in Tiananmen Square.

"We will not accept sanctimonious preaching from those who feel they have the right to lecture us," Xi warned. "We have never bullied, oppressed, or subjugated the people of any other country, and we never will," he claimed. "By the same token, we will never allow any foreign force to bully, oppress, or subjugate us."

He then went on to threaten enemies with violence. According to a Reuters write-up:

"Anyone who dares try to do that will have their heads bashed bloody against the Great Wall of steel forged by over 1.4 billion Chinese people," he said, sparking applause from an invited audience of 70,000 gathered in the massive square in central Beijing. The phrase became the top trending topic on China's Twitter-like Weibo on Thursday morning.

Tang Renwu, a professor of public management at Beijing Normal University, said the tough talk was in response to U.S. and western efforts to "contain" and "suppress" China.

"Xi's stronger-than-usual response would have the effect of invoking even more patriotic and nationalistic sentiment among the Chinese people," Tang said.

Xi also referenced China meeting the first of its two centennial goals, with one being the achievement of "a moderately well-off society in all respects." The other is for China to become "a great modern socialist country" by 2049.

A write-up from South China Morning Post suggests this has to do with Taiwan, also a notable focus of the speech.

Xi on Thursday also called for people on both sides of the Taiwan Strait to work together and advance “peaceful reunification”. He said “resolving the Taiwan question and realising the complete reunification is a historic mission and an unshakeable commitment” of the party.

“We must take resolute action to utterly defeat any attempt towards Taiwan independence,” Xi said. “No one should underestimate the resolve, the will, and the ability of the Chinese people to defend their national sovereignty and territorial integrity.”

Lu Xiang, a senior fellow on US-China relations with the Chinese Academy of Social Sciences, noted that Xi’s remarks on Taiwan and his warning against foreign intervention had been interrupted by “rare” spontaneous cheers and applause from the crowd.

“The Chinese public are no longer excited by talk of great economic development. The issue of Taiwan is dear to their hearts and a top concern,” Lu said.

Shi Yinhong, a professor of international relations at Renmin University, expected that “preparations [to achieve] reunification will speed up”, but said there was no indication of a political deadline to meet that goal.

The Taiwan China policy-making Mainland Affairs Council, according to Reuters, hit back. "Our government's determination to firmly defend the nation's sovereignty and Taiwan's democracy and freedom and to maintain peace and stability across the Taiwan Strait remains unchanged," the council said.

Xi, in an obvious response to Washington’s criticism, said China would stick to the path “we have chosen for ourselves and make sure the destiny of China remains firmly in our own hands”.

“We are eager to learn lessons from other cultures, and welcome helpful suggestions and constructive criticism. We will not, however, accept sanctimonious preaching from those who feel they have the right to lecture us,” he said.

Deng Yuwen, a former editor at party publication Study Times, said Xi’s message was carefully calibrated to send a warning to the US. He said Xi also included these elements in his speech because of rising nationalistic sentiment in China – by appealing to patriotism he could further boost his popular support.

Another Reuters piece made reference to a Pew Research poll from earlier this year which was released on Wednesday. A main takeaway, according to the headline, read that "Large Majorities Say China Does Not Respect the Personal Freedoms of Its People." Respondents of the survey included "17 advanced economies," with their unfavorable views at or near historic highs.

However, CNN International published Ben Wescott's "The Chinese Communist Party is about to turn 100 but Xi will be the real star." While it did make reference to how the CCP "has also been responsible for some of darkest chapters of the last century," those paragraphs were mostly lost amidst more favorable coverage.

When reporting on that Wesctott piece, Mediaite highlighted reaction from others. "Conservatives Shred CNN for Calling Xi Jinping ‘The Real Star’ of Chinese Communist Party’s 100 Year Anniversary: ‘This is Xi-N-N,’" the headline read.

Members of Congress are speaking out against the CCP and urging action be taken, and on a bipartisan level.

"Egregious human rights violations are hardwired into the CCP’s DNA. As the Party celebrates its centenary, I’m glad to see a growing coalition of Republicans and Democrats are coming together to highlight the CCP’s record of repression, torture, mass imprisonment, and genocide. Now it’s time for Speaker Pelosi – who in her early career was a forceful voice in calling out the CCP’s human rights abuses – to bring this bipartisan resolution to the floor for a strong bipartisan vote," said Rep. Mike Gallagher (R-WI) in a statement for Townhall.

It's our responsibility to counter this propagandized version of the Party's bloody history. That's why my bipartisan resolution details the CCP's many human rights abuses and calls for self-determination for the Chinese people. https://t.co/5PaNZ7EIRP

As Speaker Pelosi herself said after Tiananmen, “First we saw the massacre, and then we saw the masquerade.” I agree. As I said alongside @HouseGOP, let’s help the CCP dispense with its masquerade by bringing this resolution up for a vote this week. https://t.co/irr0BMepA1

Rep. Gallagher joined House Republican leadership on Tuesday to discuss his recent, bipartisan resolution highlighting and condemning various abuses committed by the CCP during its existence.

As Townhall recently reported, Rep. Gallagher was called out by CCP spokesperson Zhao Lijan over Twitter, who suggested that the congressman "go to Fort Detrick, just an hour's drive from Wisconsin," to investigate what may have been "a systematic 'cover-up' by the United States," on the Wuhan coronavirus origins. After Rep. Gallagher set the CCP straight on their geography though, Zhao took down and re-posted his tweet.