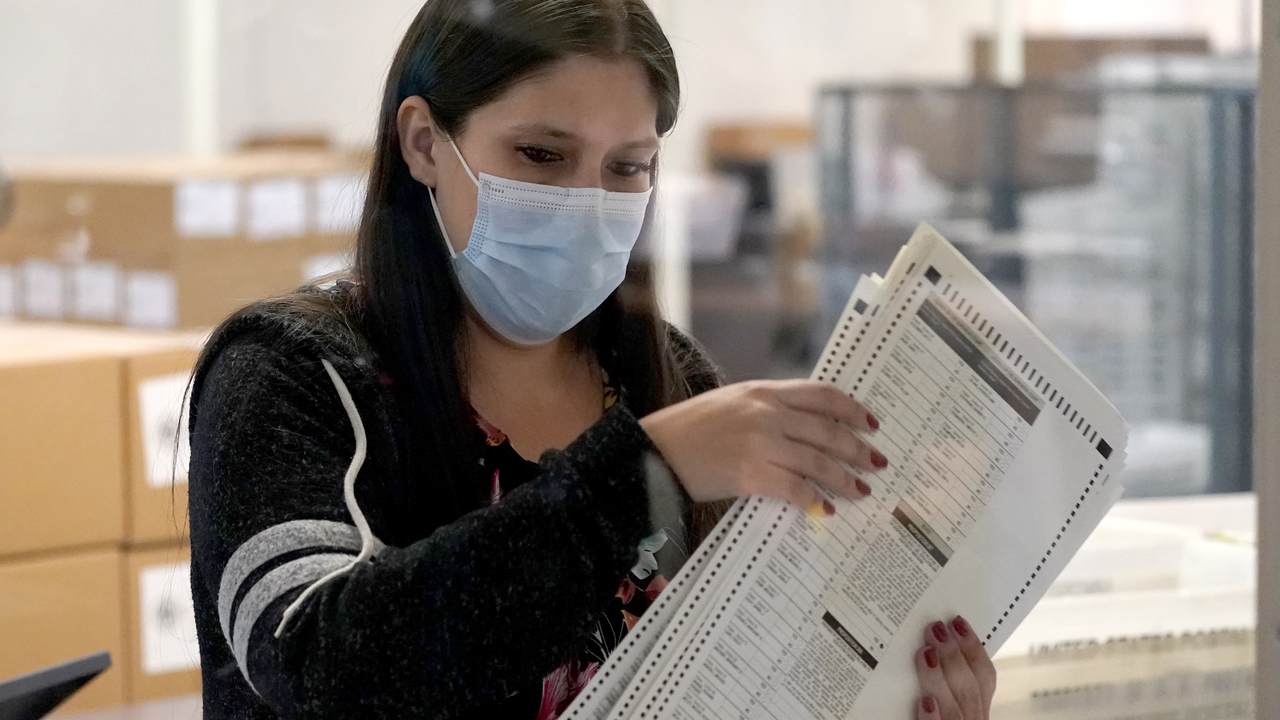 On June 17, Colorado's Secretary of State Jena Griswold, who is the Chair of the Democratic Association of Secretaries of State (DASS), announced in a press release and over Twitter that she was limiting audits in her state of Colorado, while attacking Arizona in the process.

My office just issued rules prohibiting sham election audits in the State of Colorado. We will not risk the state’s election security nor perpetuate The Big Lie. Fraudits have no place in Colorado. https://t.co/PFLCjJJmZg

As the news release read:

“Colorado’s elections are considered the safest in the nation, and we must remain steadfast in our dedication to security,” said Secretary of State Jena Griswold. “Along those lines, no third-party person or vendor will be permitted access to voting equipment in our state. We will not risk the state’s election security nor perpetuate The Big Lie. Sham audits have no place in Colorado.”

The rules further enable the Colorado Secretary of State’s Office to limit or prohibit the use of, as well as decertify, any voting systems component in the event of a break in its chain-of-custody or other hardware security compromises, such that its security and integrity can no longer be verified.

A third-party vendor with no election experience is currently performing a faulty, unsecure election audit in Arizona and calls for such sham audits have been spreading in other states. Several Colorado counties have been contacted by third parties offering to conduct audits.Colorado already administers post-election Risk Limiting Audits after every statewide election, which gives a statistical level of confidence that the outcome of an election is correct. For more information on Risk Limiting Audits, click here.

Many on Twitter reacted with suspicion, including and especially if they hadn't been suspicious before.

Did you really just tell everyone that you refuse to audit your election process? Wow that sounds super trustworthy!

I think that you are forgetting who you work for. If WE THE PEOPLE want an audit, we will get an audit. The only reason to not welcome one is because you cheated and don’t want to get caught. If you did nothing wrong, there should be nothing to hide.

Because rejecting an audit never made anyone look sketchy.

... Colorado wasn't even on anyone's radar for this sort of thing. Bet money it is now. This was -really- stupid.

[DISCLAIMER: I am not associated or affiliated with any political party or organization. I am an American.]
I'm curious as to how your office can circumvent your state legislature in regards to a Presidential election? Did they approve of your changes? pic.twitter.com/8y30MtcZWN

Colorado SoS: we will NOT permit an audit under any circumstances!

What are you afraid of? If Colorado is the “gold standard” of election integrity, those elections will certainly stand up to the scrutiny of an outside audit.

No one was looking at Colorado until this tweet. The light of suspicion is now being cast. Imagine a company that said “we don’t support audits!” You’d think them crazy and wouldn’t invest in them.

Them: "We have the most transparent elections"

Griswold has doubled down since then.

In a June 23 piece for Democracy Docket, titled "The Battle for Democracy is On Your Ballot in 2022," Griswold predictably rants about the various election reform laws passed around the country, including in Georgia.

The Colorado secretary of state, as in someone who does not have jurisdiction over Georgia, not only calls out the state by name, but members of Congress, including Rep. Jody Hice, a Republican who represents the 10th district of Georgia, a state which Griswold maligns.

Griswold only dials the fear mongering up further, with original emphasis:

Make no mistake: these conspiracy theorists want these secretary of state positions to try to bend democracy to their will. This is nothing more than an ongoing, coordinated effort to suppress voters and grab power. It’s undemocratic, un-American and just wrong. We cannot let this become our standard for elected officials.

We are 503 days out from the 2022 elections. While that seems far away, electing Democratic secretaries of state must be a priority if we are to continue protecting our democracy from relentless attacks.

In every state, we need to elect secretaries of state who believe in democracy and who believe every eligible American should be able to choose their elected leaders at the ballot box. That is how we protect our democracy. We cannot elect officials as chief election officers who spread lies in order to pass voter suppression laws to help their political allies.

We, the Democratic Association of Secretaries of State, is fighting against these voter suppression bills, making our election systems more secure and accessible, and ensuring all voters can have their say at the ballot box. We are working day in and day out to push back against election lies and to stop these conspiracy theorists fromachieving higher office and dismantling democracy from the inside.

Voters need to pay close attention to secretary of state races, and elect leaders who will defeat these attacks and ensure every American can cast their ballot freely and fairly, regardless of where they live, the color of their skin or amount of money in their bank account. Democracy will be on the ballot in 2022.

Ultimately, the piece closes with a promotion of the DASS, which is hardly surprising considering how much of a campaign ad it read like.

On June 24, Griswold had an op-ed published with USA Today, "No frauits allowed: I banned fraudulent election audits so Colorado won't become Arizona." The subheadline declared: "We will not allow the pinnacle of democracy, our elections, to one used to spread disinformation and take away Americans' constitutional right to vote."

As a way to rant against election reform laws she despises, and explain her term of art, Griswold writes:

Yet, some elected officials continue to discredit the election results for their own political advantage. With more than 400 voter suppression billsintroduced across the nation and election misinformation reaching a crescendo, the urgency to save our nation and democracy is palpable. And now, on top of it all, we also have to contend with the emergence of “fraudits.”

Fraudits, or fraudulent election audits, started in Arizona, where Republican legislators hired a partisan firm with no election experience to conduct a faulty, insecure audit.

While Griswold explains that "Fraudits are expensive and corrosive," she then goes on to claim that "the costs aren’t the point," arguing instead that the "point of the fraudit is to erode confidence in the 2020 election as a means to justify passing voter suppression bills, so that politicians get to pick their voters instead of the other way around."

If you thought the closing of the other piece was hokey, wait until you read this one:

We have stopped fraudits in Colorado, but the attacks on democracy are not ending. That’s why in 2022, voters can play a big role in protecting voting rights by electing secretaries of state who will expand, not curb, their access to the ballot box. Democracy will be on the ballot in battleground states, where the same politicians who supported overturning the 2020 election results and who are advancing voter suppression bills are now running to become secretaries of state.

As a nation, we are at a turning point and face a crucial question: Should eligible Americans get to choose their elected officials? Those who push voter suppression, the Big Lie or fraudits don’t think so. For me, the answer is a resounding "yes." I hope it is for you you, too. Because we must all lean in to protect our democracy from those who are actively attempting to end it.

Biden's Department of Justice announced on Friday, as Reagan reported, that it will sue the state of Georgia over their election reform bill signed by law by Gov. Brian Kemp, the state's Republican governor, in late March.

Griswold, as Colorado Politics reported, is running for a second term, but doesn't a Republican challenger, not yet at least. The term ends on January 10, 2023.