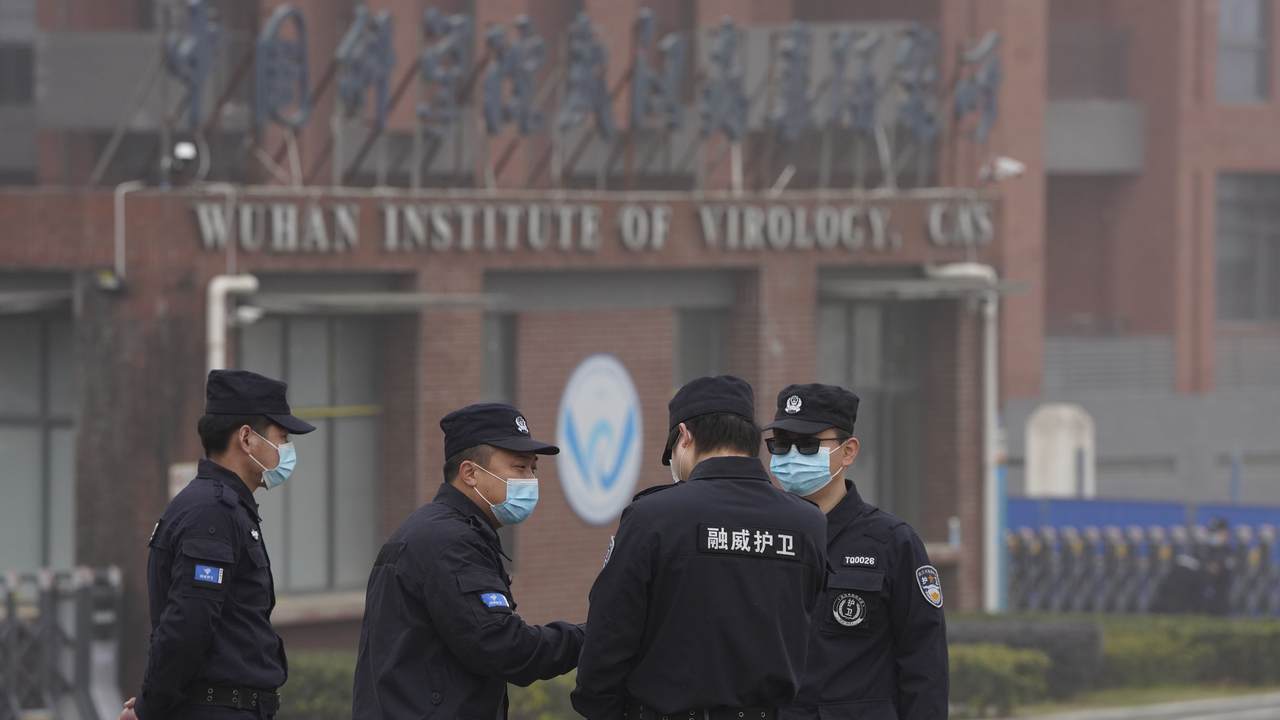 It's not as if anything produced by scientists under the thumb of the Chinese Communist Party and the World Health Organization would be worth trusting. The annexes of the "Joint WHO-China Study" from January 14-February 10, 2021 serve to confirm just how untrustworthy such a report is, though, as highlighted by Jerry Dunleavy of The Washington Examiner.

The annexes totaled 193 pages, but the various locations the teams went to usually amounted to little more than one to four pages. Notes on the Wuhan Institute of Virology, detailing a February 3, 2021 visit, totaled a little more than just three pages, from pages 130 to 133.

The report lists the names of the investigators. Perhaps most damning of all is that Peter Daszak is listed as the lead of the "Animal and Environment" subgroup. He is the president and chief scientist of EcoHealth Alliance, which provided a grant to the Wuhan lab. It's no wonder that in a conversation with Townhall last month, Rep. Mike Gallagher (R-WI) warned against Daszak's connection and said that the WHO investigation was "corrupted."

As Matt and Scott Hounsell at RedState have reported, emails have surfaced between Fauci and Daszak, with the latter writing:

“As the Pl of the ROl grant publicly targeted by Fox News reporters at the Presidential press briefing last night, I just wanted to say a personal thank you on behalf of our staff and collaborators, for publicly standing up and stating that the scientific evidence supports a natural origin for COVID-19 from a bat-to-human spillover, not a lab release from the Wuhan Institute of Virology.

From my perspective, your comments are brave, and coming from your trusted voice, will help dispel the myths being spun around the virus’ origins. Once this pandemic’s over I look forward thanking you in person and let you know how important your comments are to us all.”

With Daszak having any kind of role at all, then, it's really not surprising that by far the largest portion with the most detail when it comes to this brief section about the Wuhan lab would focus on "Conspiracy theories."

This section mostly dealt with a sort of bending over backwards to cover all bases as to why suggestions that the Wuhan virus could have originated at the lab were just a bunch of nonsense, and that the lab technicians were supposedly taking all these safety measures.

The first bullet point in that section is perhaps the most telling of all. If this doesn't sound like carefully crafted propaganda from the Chinese Communist Party, I don't know what does:

The WIV Director raised the issue of conspiracy theories, reiterating that the Institute had worked with the media to stress the need to respect science in the fight against COVID-19 and to rebut the theories. The international team’s visit could help to defuse some of the theories that were circulating.

And, as Dunleavy noted in his reporting:

There is also a Nature article referenced in the annex, which, as the annex very much asserts, claims that "SARS-CoV-2 is not a laboratory construct or a purposefully manipulated virus." But that's not what was communicated behind the scenes. The article was published March 17, 2020.

The author of that article is Kristian Anderson, the same Kristian Anderson who, as Katie reported, in an email chain with Dr. Anthony Fauci from January 31, 2020, said that the virus looked to be "potentially engineered."

Dunleavy also has more to say about the Shi Zhengli mentioned in the annex, who is also known as "the bat woman," as well as how deep the theory goes:

Shi denied "rumors" in March that the Wuhan lab worked with China's military, but former Secretary of State Mike Pompeo told the Washington Examiner that it was “a high-confidence assessment."

Shi also claimed in the annex that “all fieldwork is done with full PPE.” But Shi previously admitted her team did not always use full protective gear, saying during a June 2018 presentation, “In most cases, we’d wear simpler protection, and it’s OK.”

A former State Department official told the Washington Examiner that “there were several illnesses at the Wuhan lab prior to the openly reported case.” The official added, “I believe they were hospitalized. … If those people were sick ... and the Wuhan Institute of Virology didn’t take any measure, then that is gross negligence. If they did take measures and they still lie about it, then it’s a cover-up.”

The annex also addresses "the rumor about missing data."

Though American officials criticized the Wuhan lab for taking down its database containing thousands of viral samples, Daszak called the lab’s decision “absolutely reasonable” in March.

As Matt reported, a big bombshell to this story was reporting from the Wall Street Journal that three employees at the lab in fact got sick in November 2019.

Millions of people lost their lives and their livelihoods, including in the United States. Fauci lied, people died.

Those who offered such theories were dismissed. Take Sen. Tom Cotton (R-AR) for instance, who has never wavered. The press called him a conspiracy theorist, and they've even tried to stealthily cover up that they did so with editing old headlines, as Matt exposed.

In an op-ed for Fox News, Sen. Lindsey Graham (R-SC) touched upon many of these concerns, also noting that "Daszak was the lone solitary representative from the United States that China allowed to participate in the World Health Organization’s (WHO) extremely limited investigation into the origins of COVID-19."

The senator goes on to note the Wuhan lab theory could have cost President Donald Trump re-election:

There is no doubt in my mind the combination of prominent scientists coming out strongly against the lab leak theory, along with officials from the State Department shutting down additional inquiries, ended up being two of the most consequential events in the 2020 election cycle.

Their early and near-total dismissal of the lab leak theory played a prominent role in the defeat of President Trump in the 2020 presidential race.

Why would they do this – to avoid any accountability that they may have had regarding Wuhan lab research or leaks? Additionally, were there concerns they did not want to prove President Trump’s statement to be true that the origin of COVID-19 was a Wuhan lab leak?  Had they given credence to this charge, the whole tenor, tone and focus of the 2020 election would have turned on a dime.

If COVID-19 had come about due to a Chinese lab leak, the top question on voters’ minds in the 2020 election would have become who was going to stand up to China. Which candidate would hold the Chinese accountable for unleashing the COVID-19 plague on the world?

Americans would have demanded a tougher line against the Chinese communist regime and would have been looking for a commander in chief to lead the charge. There is no doubt in my mind this would have benefitted President Trump much more than Joe Biden.

Sen. Graham isn't wrong. Although Trump is out of office, he's already laid out clearer plans to hold the CCP accountable in one speech than President Biden has in the nearly five months he has been in office.