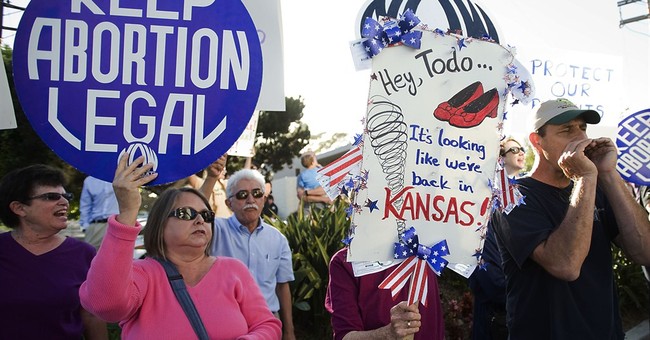 If you're looking for an example of disgusting pro-abortion promotion on display, look no further than Avow, a group so extreme that they used to be NARAL Pro-Choice Texas, but ended up splitting to be even more pro-abortion. As Live Action exposed, Avow's executive director Aimee Arrambide brazenly shared in an interview with ReproJobs that employees and their family members are provided with a stipend for abortions, to the tune of $3,000, which is enough to pay for multiple abortions.

The whole concept, and the interview, is disgusting. Note how Arrambide regards the so-called benefit of abortion:

ReproJobs: You’re the new executive director at Avow and we’ve heard you’ve made some huge changes in your tenure, including radically shifting the benefits the organization offers employees. Can you talk about what those are?

Aimee Arrambide: It was my goal upon starting this job to make sure the staff was whole. It is my theory that if staff are the center of the work, and are given the tools, resources, and time to take care of themselves, that they will flourish in their work, which leads to the organization flourishing, and the movement succeeding. We drafted an employee manual incorporating my ideas and input from the staff that is currently awaiting board approval. Some of the benefits included are employer-paid health, dental, vision, STD, LTD insurance, retirement match of 3%, flex time with core hours, remote working, unlimited paid time off, a three-month paid sabbatical after five years, six-month paid family leave, a $3,000 abortion stipend per year.

Actually, for a woman to have an abortion is the opposite of being "whole." It not only robs her unborn child of life, but it robs her of motherhood. An abortion may leave women feeling empty, or that a part of them is missing. Countless women have shared how they regret their abortions.

Lila Rose, the president of Live Action, said in a statement that "This is an abhorrent policy. Abortion ‘benefits’ no one. Benefits are offered to save lives and allow for human thriving – abortion ends lives. This $3,000 stipend should be put towards life-saving benefits and care of pregnant women, not the starvation, dismemberment, and death of their children."

Live Action News, their news site, also has highlighted this extremism, in an article by Cassy Fiano-Chesser.

Abortion doesn't benefit anyone. It kills children and crumbles the very fabric of our society.

Even worse is how casual the interview is. The last question asks Arrambide what Harry Potter house she's in, to which she replied, "I have been sorted into Hufflepuff!"

At Avow we are unapologetic in seeking unrestricted abortion care + reproductive rights for all Texans. We are proudly proclaiming that everybody has a place in this movement, centering marginalized Texans such as young people, people of color and the trans community. (2/4)

We want to thank all of our supporters and allies for their continued support as we write a new chapter in our organization’s history. For new supporters, join us in our fight to secure unrestricted abortion access for all Texans! (4/4) pic.twitter.com/Qs1i5whHGR

The group is brand new, only 4 months old. They are shameless in their support for abortion too, as seen from their Twitter, and interviews such as the ones above.