Justice Clarence Thomas Certainly Seems to Have Abortion on His Mind 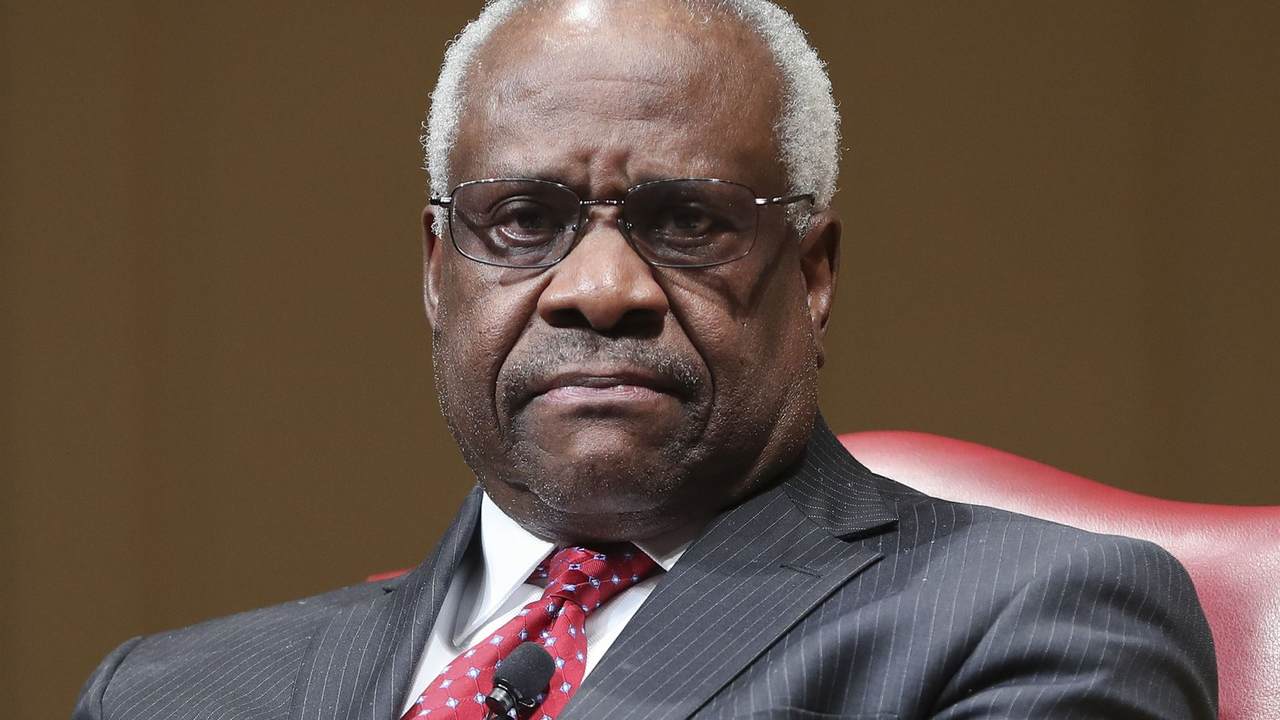 On Thursday, the U.S. Supreme Court upheld sentencing juvenile murderers to life without parole in Jones v. Mississippi. While SCOTUSblog has a thoughtful analysis on it, what's gaining attention is a footnote in a concurrent opinion from Justice Clarence Thomas. The justice noted that murderers are referred to as "children" while a girl seeking an abortion is referred to as a "young woman."

The text of the footnote reads:

The Court’s language in this line of precedents is notable. When addressing juvenile murderers, this Court has stated that “ ‘children are different’ ” and that courts must consider “a child’s lesser culpability.” Montgomery, 577 U. S., at 207–208 (emphasis added). And yet, when assessing the Court-created right of an individual of the same age to seek an abortion, Members of this Court take pains to emphasize a “young woman’s” right to choose. See, e.g., Lambert v. Wicklund, 520 U. S. 292, 301 (1997) (Stevens, J., joined by Ginsburg and BREYER, JJ., concurring in judgment) (emphasis added); Planned Parenthood of Southeastern Pa. v. Casey, 505 U. S. 833, 899 (1992) (joint opinion of O’Connor, Kennedy, and Souter, JJ.); Ohio v. Akron Center for Reproductive Health, 497 U. S. 502, 532 (1990) (Blackmun, J., joined by Brennan and Marshall, JJ., dissenting). It is curious how the Court’s view of the maturity of minors ebbs and flows depending on the issue.

Quite the footnote dropped today from Justice Thomas. pic.twitter.com/HY2e0lNOzA

As Mary Margaret Olohan with the Daily Caller News Foundation pointed out in her reporting, "The justice’s comments draw attention to a point that pro-life advocates often highlight: the changes in language that pro-abortion advocates use."

This is not the first time Justice Thomas has found himself in the news recently on abortion cases. Slate's Mark Joseph Stern's hair very much caught on fire over Justice Thomas powerfully and rightfully condemning abortion as a "tool of modern-day eugenics," enough so to devote an entire interview on it with New York University law professor Melissa Murray last week. Thomas isn't wrong, and fortunately National Review's Katie Yoder set the record straight in her rebuttal.

As Katie reported, which Star Parker also touched upon in a column for Townhall, Justice Thomas' remarks in question came from his written opinion in 2019's Box v. Planned Parenthood of Indiana and Kentucky Inc., which did not rule on the part of Indiana's law to ban abortions based on the baby's race, sex or disability. That part of the law was found unconstitutional by the lower courts, but Thomas still got his two cents in:

"This case highlights the fact that abortion is an act rife with the potential for eugenic manipulation. From the beginning, birth control and abortion were promoted as means of effectuating eugenics. Planned Parenthood founder Margaret Sanger was particularly open about the fact that birth control could be used for eugenic purposes. These arguments about the eugenic potential for birth control apply with even greater force to abortion, which can be used to target specific children with unwanted characteristics," Thomas wrote. "Even after World War II, future Planned Parenthood President Alan Guttmacher and other abortion advocates endorsed abortion for eugenic reasons and promoted it as a means of controlling the population and improving its quality. As explained below, a growing body of evidence suggests that eugenic goals are already being realized through abortion."

"Although the Court declines to wade into these issues today, we cannot avoid them forever. Having created the constitutional right to an abortion, this Court is dutybound to address its scope," Thomas continued.

While dissenting in last June's June Medical Services v. Russo, which overturned a Louisiana law with provisions regulating abortion facilities and requiring abortionists have admitting privileges, Justice Thomas made his thoughts known there as well. In addition to pointing out that Roe v. Wade "created the right to abortion out of whole cloth, without a shred of support from the Constitution's text," he said that the need to revisit the abortion decision has "spiraled out of control" and that "we cannot continue blinking the reality of what this court has wrought."

Such a footnote in the Jones v. Mississippi case comes as the Supreme Court has decided, yet again, to relist Dobbs v. Jackson Women’s Health Organization, abortion case to do with Mississippi's 15-week abortion ban. The case has been in limbo since July 2020, and has very much been one both sides are watching. Something tells me that very much includes Justice Thomas.