Will the Supreme Court Take Up Abortion Case? It Depends, Says Pro-Life Author 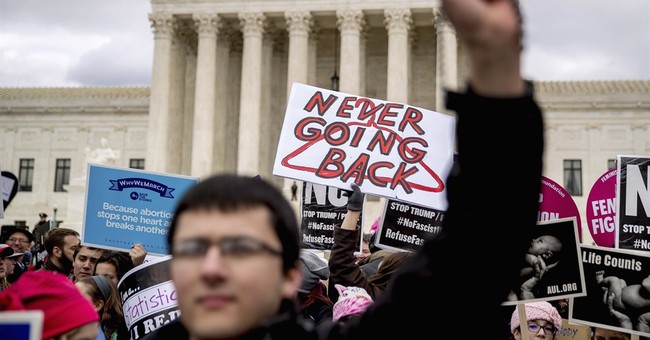 If you've been following what cases the U.S. Supreme Court has agreed to hear, or, more accurately, has not, then you may be disappointed. This is especially true if your interest is with abortion cases. Early Sunday morning, USA Today published John Fritze's "Supreme Court leaves major conservative cases waiting in the wings, from abortion to guns." It may as well have been published several Sundays ago.

I say that because, unfortunately, there hasn't been any update on Dobbs v. Jackson Women’s Health Organization, a case addressing a Mississippi law limiting most abortions past 15-weeks.

Such cases brought forth by the states, in this instance, the Dobbs case, are meant as a direct challenge of the 1973 U.S. Supreme Court decisions Roe v. Wade and Doe v. Bolton. The pair of decisions, both handed down on January 22, 1973, found a Constitutional right to abortion in the Fourteenth Amendment, based on the right to privacy. While the cases were to do with Texas and Georgia laws, respectively, the Court legalized abortion on demand throughout the entire country.

The latest 'news,' if you can call it that, is that there is no news. Fritze's piece, as thorough and comprehensive as it is, points out, just like other reports, that the Court hasn't decided whether to hear Dobbs. He refers to it as "Easily the most closely watched pending litigation..."

It's been in limbo since July 2020. SCOTUSblog notes that it was filed on June 15, 2020, with a response due by July 20, 2020. A motion to extend the response was granted, and distributed for conference in order for the justices to decide to take the case or not on September 29, 2020. The case has been distributed for conference nearly 20 times as of March 29, and rescheduled nine times.

The case gained attention once more when Justice Amy Coney Barrett joined the Court on October 26, 2020, but that hasn't made much of a difference. Fritze took note and began his piece addressing that point:

WASHINGTON – When Associate Justice Amy Coney Barrett took her seat on the Supreme Court in October, Democrats openly fretted about a lopsided conservative court unwinding years of precedent on abortion, gun control and other divisive issues.

But rather than handing conservatives a string of victories, the justices have – so far – left advocates on the right grasping for answers about why a number of pending challenges dealing with some of the nation's biggest controversies have languished.

From an abortion case out of Mississippi to a scorching dispute between Texas and California pitting religious freedom against gay rights, the justices are sitting on several contentious issues that will now wait until this fall – at the earliest – to get a hearing, assuming the court takes the cases at all.

Various pro-lifers have spoken to Townhall about the fate of these cases. "Prolife advocates have been working the long game for decades to achieve a real review of the flawed legal ruling known as Roe v. Wade. There are some exciting cases coming up that ask questions that are long overdue and while recent delays have been making headlines it should be clear to all by now that prolife Americans will not rest until Roe is reviewed and reversed, returning the issue of abortions to voters across the country," Kristi Hamrick, the Chief Media and Policy Strategist of Students for Life of America and Students for Life Action.

So, why have the justices been sitting on the abortion case for so long? C. Paul Smith, author of "The Fetal Right to Life Argument," has an idea. He spoke to Townhall about the latest edition of his book, updated in 2020, as well as the Dobbs case.

"It’s clear to me that the Court is not going to accept this case, unless they have an idea of what the outcome is going to be. I’m guessing there’s a lot going on behind the scenes that we’re not privy to," he said right off the bat.

Such a point came up throughout our discussion. Smith expanded upon it to explain that there is a concern among conservatives  whether or not to take this case. They "don't want it to come along and not see it succeed," he noted, especially if "a better case may come along."

Smith also discussed a focus on "viability," in Dobbs, as well as in his book as it applies to all areas of the abortion debate. Throughout our conversation, Smith emphasized the Court addressing this concept of viability.

The case takes the position that "there is a conflict" and a need for "the Court to resolve the confusion" on viability. Smith offered that if a majority on the Court feels a mistake has been made, "they can take the case and correct it."

When it comes to the "superficial" nature of discussions surrounding whether or not Roe v. Wade will be overturned, Smith stressed "it will be a narrow part that's addressed" and that "viability mat be the one" area the Court focuses on.

Indeed, that is the issue of Dobbs. As SCOTUSblog lays out:

Issues: (1) Whether all pre-viability prohibitions on elective abortions are unconstitutional; (2) whether the validity of a pre-viability law that protects women's health, the dignity of unborn children and the integrity of the medical profession and society should be analyzed under Planned Parenthood v. Casey's "undue burden" standard or Whole Woman's Health v. Hellerstedt's balancing of benefits and burdens; and (3) whether abortion providers have third-party standing to invalidate a law that protects women's health from the dangers of late-term abortions.

According to Kate Smith's reporting for CBS News from October 29, 2020, when the Court yet again rescheduled their response, that's the perspective of Mississippi Attorney General Lynn Fitch as well:

Fitch noted that hearing Mississippi's defense of its 15-week abortion ban would give the Supreme Court an opportunity to clarify how lower courts should interpret its precedent.

"This case remains an ideal vehicle to promptly resolve both that question and the first question presented—the contradictions in this Court's decisions over use of 'viability' as a bright line for measuring pro-life legislation," Fitch wrote.

In Fitch's initial July request that the Supreme Court review the 15-week ban, he posed the question of "whether all pre-viability prohibitions on elective abortions are unconstitutional," a direct challenge to the core finding of Roe v. Wade, the 1973 Supreme Court case that nationally legalized abortion prior to fetal viability, which generally happens around 24 weeks into a pregnancy.

It's worth noting that, when it comes to this "around 24 weeks into a pregnancy" point that Smith makes, babies have been born and survived at 22-weeks gestation, as Micah Pickering was in 2012. It is likely that, as medical technology improves, babies born earlier in pregnancy will be able to survive and thrive. Such is another reason why the issue of viability may need to be addressed, as medicine improves and understanding of embryology increases, which they both certainly have since 1973.

At the end of the day, it's worth bringing the conversation back to something Hamrick referenced, which is how eager pro-life Americans are to see Roe addressed, and "reviewed and reversed."

Smith was particularly passionate as he spoke against Roe, and it's legacy. He was "infuriated" by "the double standard that the Court applied" in not protecting the right to life for the unborn child. Smith also explained that the Court is "all over the place" with "no consistence," and "a lack of credibility so to speak on the Court."

It's certainly a takeaway readers will get from his book. "I would hope my book is something that can help in this ongoing discussion," Smith shared. "It's a sad mark on our nation."

For those readers who want to gain an insight into the complexities of Roe v. Wade, Smith's "The Fetal Right to Life Argument" serves as a helpful, succinct, and illuminating resource.