As Maxine Waters Calls for Riots in the Streets to Continue, Minnesota National Guardsmen Shot At 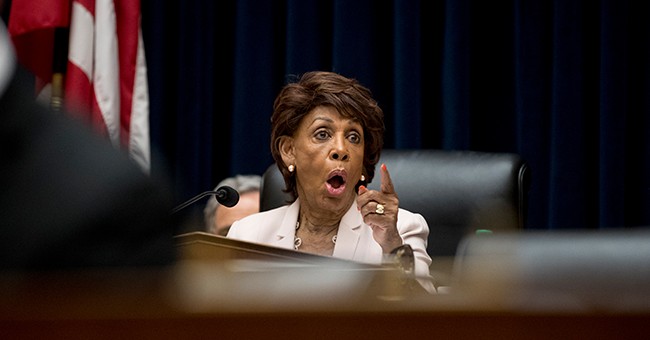 As Katie reported earlier today, Rep. Maxine Waters (D-CA), a sitting member of Congress, took to the streets in Brooklyn Center, Minnesota, where she called on riots to continue. She did so in the dead of the night, knowingly breaking curfew and encouraging others to do the same. As Hannah Nightingale with the Post Millennial reported, sure enough, something came of that. A news release from the Minnesota National Guard alerted that the Minnesota National Guardsmen security team were fired upon at about 4:19am, local time. Fortunately, the injuries two guardsmen sustained were minor.

The statement in part read:

The shooting occurred on or about 4:19 a.m., as a light colored SUV fired several shots at an Operation Safety Net security team providing neighborhood security. No team members were seriously injured. Two National Guard members did sustain minor injuries from the incident. One Guardsman sustain an injury from shattered glass requiring additional care and was taken to a local hospital to receive treatment for injuries sustained. The other Guardsman received only superficial injuries. No further information is available at this time.

“I am relieved to know none of our Guardsmen were seriously injured,” said Maj. Gen. Shawn Manke, Minnesota National Guard Adjutant General. “This event highlights the volatility and tension in our communities right now. I ask for peace as we work through this difficult time.”

Last Sunday, 20-year old Daunte Wright was killed by a police officer when she accidentally fired her gun instead of her taser when he was resisting arrest. The area is also not far from where Derek Chauvin is on trial for the death of George Floyd. Cities around the country are having to prepare with a verdict expected in the coming days. Minneapolis schools have had to change their distance learning schedules in preparation as well.

"I know this, we've got to stay in the streets," Rep. Waters said as she took to the streets. "We are looking for a guilty verdict."

Should they not get the verdict they are looking for, Waters insisted people double down on their efforts. "If nothing does not happen then we have to not only stay in the streets but we have to fight for justice," the congresswoman said. "I am very hopeful and I hope that we are going to get a verdict that is guilty, guilty, guilty and if we don't, we cannot go away."

Rep. Waters had also said that people have "got to stay on the street and get more active, more confrontational. They’ve got to know that we mean business."

An arsonist throwing a match on a tinderbox of a nation.

Waters sets impossible standard and calls for “confrontation” if it isn’t met.

THIS Is A Govt Employee - A “supposed” representative of #WeThePeople calling For INSURRECTION -#MaxineWaters should be expelled & disciplined - she is purposefully inciting violence in the streets. The jury is NOT sequestered-doesn’t THIS hurt the trialpic.twitter.com/7sS1yJGOfA

Will Maxine Waters be stripped of all her committee assignments?

Many have called for Rep. Maxine Waters to be held accountable.

So when are we having an impeachment trial for Maxine Waters for starting an Insurrection in Brooklyn?

Democrat Privilege means Maxine Waters can continuously get away with inciting violence.

When will she be held accountable for encouraging Americans to burn their own cities to the ground?

Crazy Maxine Waters is inciting violence and should be removed from office!

President Trump never incited violence but he was removed from everything

This woman is calling for riots and I want to know why is she allowed to do that ?

It is time to impeach #MaxineWaters

Rep. Marjorie Taylor Greene (R-GA) on Sunday detailed her plan to do that.

.@RepMaxineWaters told BLM terrorists to "stay on the streets" and "get more confrontational."

She should be expelled from Congress. https://t.co/vJF9etntnk

As a sitting United States Congresswoman @MaxineWaters threatened a jury demanding a guilty verdict and threatened violence if Chauvin is found not guilty. This is also an abuse of power.#ExpelMaxineWaters

After traveling across state lines to incite riots, her orders recorded on video last night at the Brooklyn Center, directly led to more violence and a drive by shooting on National Guardsmen in Minnesota early this morning.

Very soon I'll be introducing a resolution to expel @RepMaxineWaters from Congress for her continual incitement of violence on innocent American people.

Rep Waters is a danger to our society.