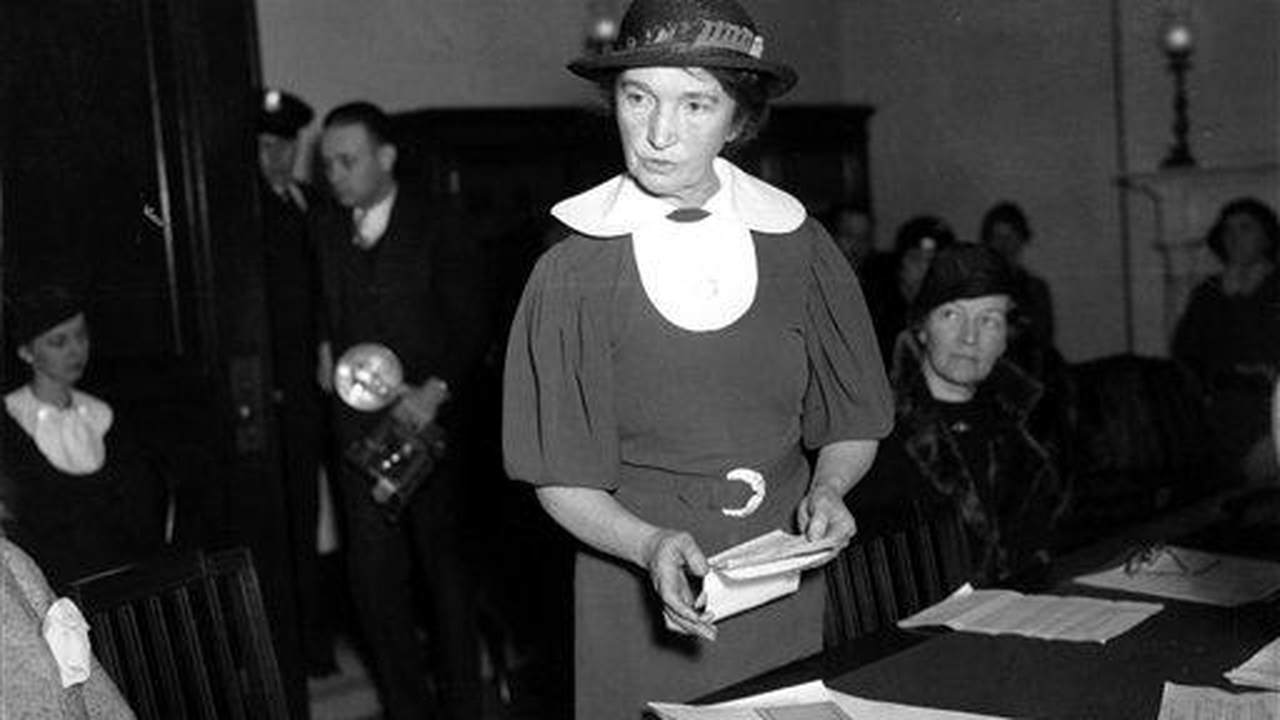 Reckoning with Sanger is one thing. We need to reckon with ourselves. Yesterday, our federation voted to affirm that health equity requires race equity. To fulfill our mission, we must fight the systemic racism that creates barriers to care. https://t.co/QXIHDia1fv

.@alexismcgill writes for @nytimes: “We don’t know what was in Sanger’s heart, and we don’t need to in order to condemn her harmful choices.

McGill Johnson references how the organization has renamed awards Planned Parenthood gave in her honor, and that last year they renounced Sanger when they renamed their flagship facility in Manhattan, which was previously named the Margaret Sanger center. Pro-lifers weren't fooled then, and we shouldn't be now.

The piece is outrageously bad, for a variety of reasons. Even as McGill Johnson claims in the title they're "done making excuses," much of her writing seems to at least seek to downplay Sanger's past.

Since unequivocally saying their founder was a racist and a eugenicist is too difficult for McGill Johnson, she sort of dances around the issue. "But the facts are complicated," she writes early in the piece. Another example is the claim that Sanger "eventually distanced herself from the eugenics movement because of its hard turn to explicit racism..." McGill Johnson doesn't provide any evidence for the claim she "distanced herself from" such a movement, which would certainly be news to me.

She also pulls the "We don't know what was in Sanger's heart" trick continuing with "and we don’t need to in order to condemn her harmful choices. What we have is a history of focusing on white womanhood relentlessly. Whether our founder was a racist is not a simple yes or no question. Our reckoning is understanding her full legacy, and its impact. Our reckoning is the work that comes next."

Of course, there is still some praise for Sanger:

Sanger thought birth control would liberate women, and in so many ways it has. According to a University of Michigan study, the availability of the birth control pill is responsible for roughly a third of women’s wage gains since the 1960s. Reassessing Sanger’s history doesn’t negate her feminist fight, but it does tarnish it. In the name of political expedience, she chose to engage white supremacists to further her cause. In doing that, she devalued and dehumanized people of color.

That McGill Johnson could have done a better job unequivocally denouncing and condemning Planned Parenthood is hardly the only issue.

"We must examine how we have perpetuated her harms over the last century — as an organization, an institution, and as individuals," she writes, which ought to examine the harm Planned Parenthood has caused performing more abortions than any entity in the country, all while it is a taxpaid organizations. As taxpayer funding goes up, so do abortions, while other health services go down.

McGill Johnson can afford to take a moment to address how they "have excluded trans and nonbinary people," but not the unborn or women who have regretted their abortions, who were pressured, coerced, or forced into their abortions, or who have been injured at Planned Parenthood's abortion facilities.

She spends a paragraph talking about "dehumanization" when it comes to minority victims of police violence and trans people, and another paragraph on "systemic racism." No paragraphs, though, are devoted to the "dehumanization" experienced by abortion victims and their mothers. There's no mention of the "systemic racism" in place when black babies are aborted at such high rates, that in some parts of the country more of them are aborted than born. Planned Parenthood knows this, and they take advantage of it by strategically placing their clinics and megaclinic abortion centers in minority-majority communities. The number one cause of death for the black people in this country is abortion. While black women make up about 13 percent of women in America, they account for 38 percent of abortions, more than any other demographic.

If you want a more complete picture of Sanger, go somewhere, anywhere else. There are numerous options. Many of these include statements or videos from the figure in her own words.

While McGill Johnson does acknowledge that Sanger met with the women's auxiliary of the KKK, there's no mention of her own words about how poor, black, and or disabled people should not breed. Discussing "the gradual suppression, elimination and eventual extinction, of defective stocks — those human weeds which threaten the blooming of the finest flowers of American civilization," is one of many examples worth citing.

There's so many statements that I couldn't possibly expect McGill Johnson to include all of them, but one or two would be illustrative?

There's no mention of the "Negro Project," or of how Sanger wrote to Dr. C. J. Gamble in 1939, asking for medical and spiritual assistance in justifying the project to the community. "We do not want word to go out that we want to exterminate the Negro population, and the minister is the man who can straighten out that idea if it ever occurs to any of their more rebellious members," she wrote.

Sanger is the definition of eugenics personified.

"Margaret Sanger harmed generations with her beliefs. In our second century, Planned Parenthood has a chance to heal those harms. Reckoning with Margaret Sanger is one thing. We also need to reckon with ourselves," the piece closes.

McGill Johnson is the head of Planned Parenthood. If anyone stands from trying to clean up the organization's image, its her, and her wallet. Don't be fooled.