Murkowski Primary Challenger Off to an Impressive Fundraising Start 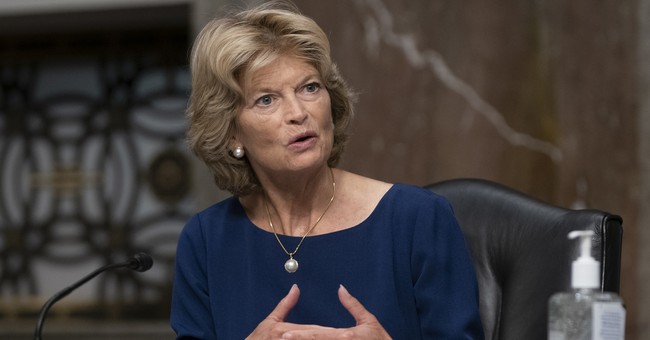 On March 29, as Reagan reported, Alaska Commissioner of Administration Kelly Tshibaka resigned her position to announce her run as a primary challenger to Sen. Lisa Murkowski (R-AK). In the three remaining days of the reporting period, she managed to raise $214,844, according to Must Read Alaska. In contrast, Sen. Murkowski had raised $380,687 for the entire quarter, with $1,353,204 cash on hand.

It's also noteworthy where the funds came from:

Noticeable in Tshibaka’s fundraising report is that the vast majority of her funds came from Alaskans. Tshibaka got more small-dollar donors in her three days than Murkowski got in three months. Murkowski had more checks from political action committees than she did from Alaskans, and five of her Senate colleagues, including Sen. Susan Collins, chipped in to help her with her reelection.

In addition to funds, Tshibaka also has support from Alaskan voters, according to Cygnal's polling data of 500 likely primary voters from late March. Tshibaka enjoys 33.3 percent to Murkowski's 18.8 percent, while 21.1 percent of voters are undecided.

As it turns out, Sen. Murkowski may not even run for reelection. As Roll Call reported, she told reporters on Tuesday that "I have been doing everything that a good incumbent does in terms of preserving my options, visiting with Alaskans, spending a lot of time, as much time on the ground as I can, and raising money," and will make her decision whether to run "when I make it."

President Donald Trump, whom Sen. Murkowski voted to convict in his second impeachment trial, was predictably thrilled to hear of the possibility.

Sen. Rand Paul (R-KY), who has earned Trump's endorsement for reelection, also hinted at a need to vote out Sens. Murkowski and Susan Collins (R-ME). He made his remarks at the "Save America Summit" in Miami earlier this month.

Senator Rand Paul comments on Former Senator John McCain's thumbs down vote on Obamacare in speech at Save America Summit in Miami, FL on April 10, 2021 pic.twitter.com/3mpn04S5E1

Although Sen. Murkowski lost the primary, she managed to win the 2010 general election through a write-in campaign, a feat which Sen. John Cornyn (R-TX) calls "really, really impressive" and not to be underestimated.