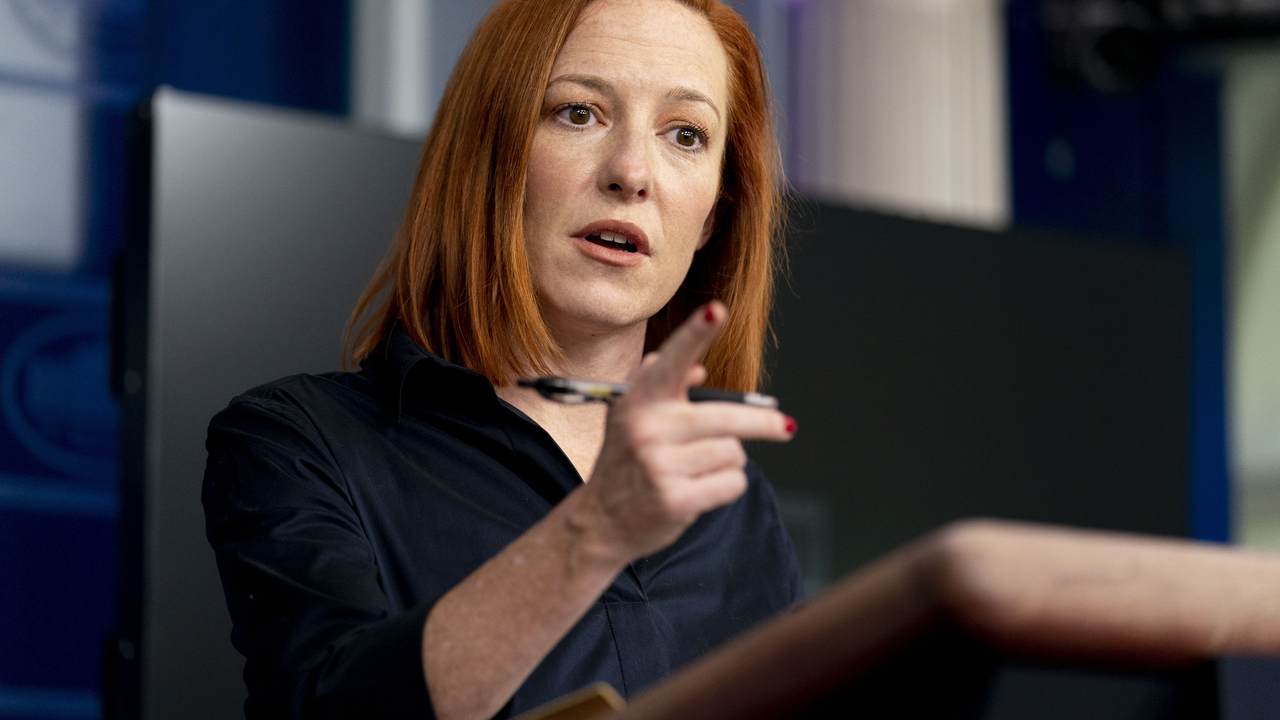 During the Friday press briefing, White House Press Secretary Jen Psaki failed to adequately address anti-American remarks made by our own UN Ambassador Linda Thomas-Greenfield for the 30th Annual Summit of the National Action Network. In fact, Psaki mentioned she hadn't even seen the remarks.

The Biden Administration made it clear today that it totally supports its Ambassador to the UN repeating Communist Chinese Party talking points about the racism of the United States. https://t.co/nQZEmIjEKa

Newsmax's Emerald Robinson specifically referenced Ambassador Thomas-Greenfield's remarks regarding "the original sin of slavery weaved white supremacy into our founding documents and principles." Robinson asked Psaki if the ambassador would be fired."

Robsinson: Thanks, Jen. The US ambassador to the UN, Linda Thomas-Greenfield, talking to her group on Wednesday--essentially said that White supremacy is woven into our founding documents and principles. Now, this statement is getting widely criticized as essentially parroting Chinese Communist Party talking points. So is the President going to remove her from her position as the representative before that body to promote United States values?

Psaki: Is the President going to remove an African-American woman with decades of experience in the foreign service who’s widely respected around the world from her position as ambassador to the UN? He is not, he is proud to have her in that position. She is not only qualified, he believes she is exactly the right person in that role at this moment in time. I have not seen her comments. I will say that there’s no question that there has been a history of institutional racism in this country, and that doesn’t require the UN Ambassador to confirm that.

Robinson: So that's essentially the same lecture though, that the Chinese delegation gave Secretary Blinken in Alaska last month. So does the President think our founding documents are racist?

Psaki: I would say that I will leave my comments to speak for themselves. And certainly I think most people recognize the history of systemic racism in our country. And she was speaking to that. Go ahead. And I promise Kristen, I’d get back to her to. Go ahead.

Robinson has got a point, that it is "essentially the same lecture," not just when it comes to the likes of Ambassador Thomas-Greenfield, or President Joe Biden, but also the Chinese Communist Party.

Katie and I have addressed Ambassador Thomas-Greenfield's remarks, complete with a transcript. There is plenty more where Robinson's quote came from; our ambassador spent a considerable portion of her remarks focusing on race in the United States. In contrast, she made a one sentence mention of China's human rights abuses.

Here's the "Chinese Communist Party talking points" Robinson was surely referring to, coming from China's Yang Jiechi, the Director of the the Central Foreign Affairs Commission of the Chinese Communist Party. His statements were made during last month's disastrous summit between Secretary of State Antony Blinken and Chinese officials:

Such words are even more of an embarrassment when it seems the CCP may have gotten the idea from us. During his first press conference, President Biden discussed how he and Xi Jinping have had numerous meetings and conversations. "And I said, 'Mr. President, as I’ve told you before, Americans value the notion of freedom, America values human rights. We don’t always live up to our expectations, but there’s a value system."

It's imperative that the United States not only see our powerful position in the world as a force for good for our own sense of patriotism. In our quest to be a proper example for the rest of the world, we need to not be hung up on our own problems of the past, but be able to concentrate on the future, especially when there are human rights abuses--literally amounting to genocide, as the United States has recognized--being committed by the CCP. We must get our priorities straight, so that we can act on our duty to stand up against such atrocities.