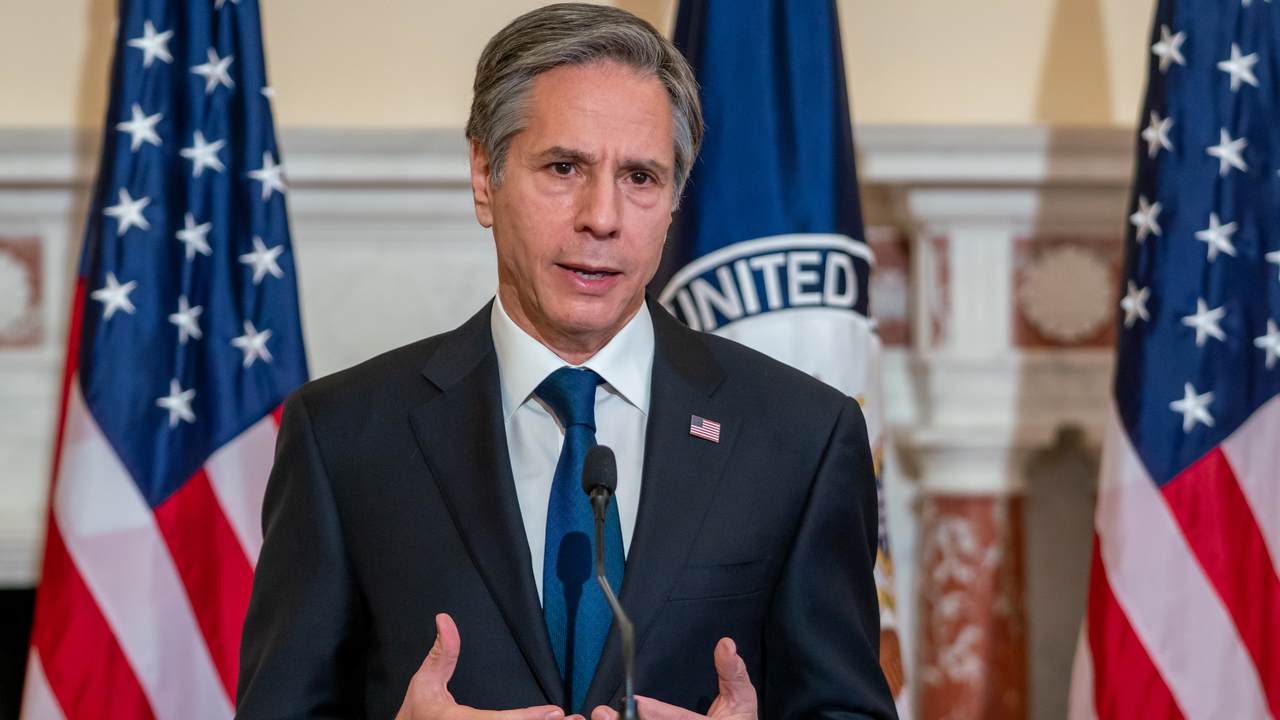 Now that President Joe Biden has been in office for 80 days, I'm ready to call his administration a failure. I'm specifically speaking about his commitment to standing up against China, or, more accurately, lack thereof.  This is especially when it comes to the human rights abuses they've committed, including but certainly not limited to, genocide against the Uyghurs.

The latest example comes from Sec. of State Antony Blinken, who on Sunday appeared on "Meet the Press." Host Chuck Todd questioned the secretary on many issues, including many sub-issues to do with China. To quote the relevant part of the interview, with added emphasis:

Todd:  You said during – I believe it was during your confirmation hearing – you said that China’s treatment of the Uyghurs was “an effort to commit genocide.”  And I guess I’ve got to ask it this way: How do you justify doing business with China or any country that you believe is committing genocide?

Sec. Blinken:  When it comes to what we’re seeing from the government in Beijing, including with regard to the Uyghurs and the actions it’s taken in Xinjiang, yes, I think that’s exactly the right description.  And we need to be able to do a few things:  We need to be able to bring the world together in speaking with one voice in condemning what has taken place and what continues to take place; we need to take, actually, concrete actions to make sure, for example, that none of our companies are providing China with things that they can use to repress populations, including the Uyghur population; we need to be looking at products that are made in that part of China to make sure that they’re not coming here; but we also have to make sure that we are dealing with all of our interests, and what is the best way to effectively advance our interests and our values.  And when it comes to China, we have to be able to deal with China on areas where those interests are implicated and require working with China even as we stand resolutely against egregious violations of human rights or, in this case, acts of genocide.

Todd:  Some people think a proper punishment for their human rights record is to not to participate in the 2022 Winter Olympics.  Is that on the table among Western allies or not?

Sec. Blinken:  Chuck, we’re not there yet.  This is a year or so before the Olympics.  We’re not focused on a boycott.  What we are focused on is talking, consulting closely with our allies and partners, listening to them, listening to concerns.  But that’s premature.

Notice how careful Sec. Blinken is with his words. American companies may still provide for China, just not "with things they can use to repress populations." Products made in China seem just fine, so long as they're not made "in that part of China" which uses forced labor from the Uyghurs. Apparently "our interests" and "effectively advanc[ing] our interests and our values," then, still means doing business with China.

The real update though comes from Sec. Blinken claiming it's "premature" to decide about boycotting the Olympics. The standard go to non-answer has been to pass it along to "our allies and partners."

Less than a week ago, you could make the case that the door was open, ever so slightly, about the United States boycotting the Olympics. I wrote on April 8 about statements and walk backs the administration had to do on speaking about this issue. During a press conference last Tuesday, the State Department spokesperson, Ned Price, answered in part that "clearly, we are coordinating on all of these issues of concern, and, of course, the Beijing Olympics is an area that we will continue to discuss" and "these discussions are underway."

Last Wednesday, though, White House Press Secretary Jen Psaki clarified such a stance, noting in part that "Our position on the 2022 Olympics has not changed.  We have not discussed and are not discussing any joint boycott with allies and partners." She contradicted Price when she said "but there’s no discussion underway of a change in our plans regarding the Beijing Olympics from the United States’ point of view."

To bring us back to Sunday, from the Sec. of State himself, that seems to be the clearest answer we have yet, and from someone who would know.

Such a lack of action is frustrating. It's maddening when it's all talk and no action. And boy, has President Biden met and talked with Xi Jinping, as he loves to brag about, which he did during the March 25 press conference. As someone who purports to have "known Xi Jinping for a long time" and who, "allegedly by the time I left office as Vice President, I had spent more time with Xi Jinping than any world leader had," he sure isn't doing enough about it, at least not quickly enough.

Meanwhile, what our president is acting quickly on, too quickly in fact, is spreading lies and falsehoods about Georgia's election reform law and "strongly support[ing]" moving the MLB All-Star game out of Atlanta. With his lies, President Biden misleads and demeans. While Psaki tried to walk back on the role the president had in moving the game out of Atlanta, MLB cited President Biden's influence.

An April 4 editorial from the Wall Street Journal noted that "For the record, we aren’t lobbying for an Olympic boycott." To the editorial's credit, however, the piece, "Biden, Georgia and the Beijing Olympics," was focused on criticizing the president, noting that he called the Georgia law an "atrocity," harsh words, especially in comparison to what's going on in China. "We can’t wait to see what the U.S. President is going to say about China’s voting rules," the piece also noted. "Perhaps Mr. Biden can compare the voting rules in Georgia to those in the re-education camps in Xinjiang province. His own Secretary of State says China is committing genocide against the Uighurs," read another clever line.

In closing the editors wrote, "But Mr. Biden has put himself in this bind with his stunt over Georgia. He’ll inevitably be asked why a law seeking to balance voter access with ballot integrity in an American state that voted for him in 2020 warrants a boycott, while authoritarian China deserves a political pass. The answer will be instructive."

So, President Biden has the time to encourage boycotts of his fellow countrymen , but not when it comes to addressing China. It's worth noting that an April 7 Chinese-run Global Times editorial warned that "With more than 10 months to go before the 2022 Olympics, anti-China forces will likely continue their boycott plot with endless slandering and smearing," speaking of those companies who have dared to boycott China over forced labor from Uyghurs, which China denies. "But responsible countries and companies should keep sober and not to be carried away. Politicizing sports and commercial cooperation will only lead to ruinous consequences for all," the reporting continues.

If there's ever a bully to stand up to, it's China.