The MLB Has Chosen a New City for the All-Star Game. There Are Major Problems. 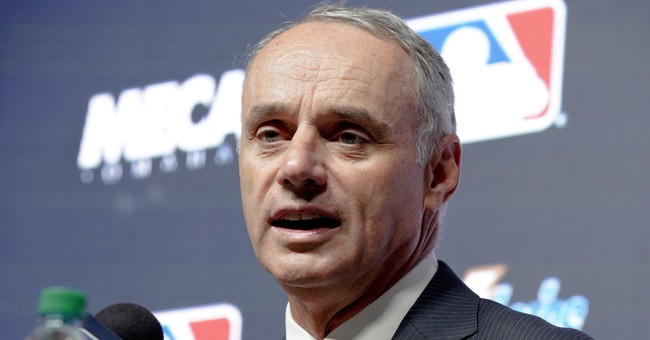 As you've heard by now, Major League Baseball Commissioner Rob Manfred announced the 2021 All Star Game and draft have been pulled from Georgia. The reason? Manfred is caving to the woke mob that claims the state's new election law, which requires voter identification to cast a ballot and extends early voting to 17 days, is racist.

“Major League Baseball fundamentally supports voting rights for all Americans and opposes restrictions to the ballot box,” Manfred released in a statement. “In 2020, MLB became the first professional sports league to join the non-partisan Civic Alliance to help build a future in which everyone participates in shaping the United States. We proudly used our platform to encourage baseball fans and communities throughout our country to perform their civic duty and actively participate in the voting process. Fair access to voting continues to have our game’s unwavering support.”

The MLB made the decision after President Joe Biden called the falsely called the law "Jim Crow on steroids."

"The decision comes a little more than a week after the passage of S.B. 202, a Georgia law that President Joe Biden criticized earlier this week, saying that it will restrict voting access for residents of the state," the League cited.

But now the Associated Press is reporting the MLB plans to move their game to Denver.

There are a few problems.

Colorado requires voter ID to vote in person — either a driver’s license, an IRS issued ID card, a valid passport, or a valid employee card with a photo. @MLB better be ready to explain why this is more acceptable than Georgia after that absurd political statement. https://t.co/QT1wDkTboY

So let me get this straight,

The MLB is so woke that they took the All Star game from one of the largest minority communities in America and gave it to a rich white community in a less diverse state? A state that has #VoterID laws? Got it! #cancelculture https://t.co/sAJCqqtjfi