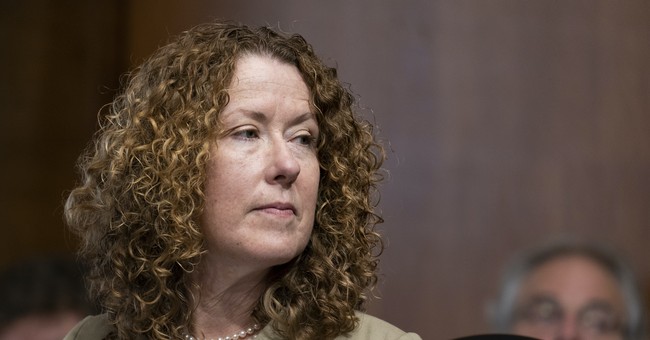 The Senate confirmed another one of President Joe Biden’s nominees on Thursday night, after a controversial confirmation process with bipartisan hesitation. Despite being credibly accused of eco-terrorism and lying to the Senate, Tracy Stone-Manning to lead the Bureau of Land Management (BLM).

Confirmed, 50-45: Executive Calendar #293 Tracy Stone-Manning to be Director of the Bureau of Land Management.

Senate Republicans urged Democrats to oppose Stone-Manning's confirmation, on account of her troubling history and lies to the Senate, unsuccessfully.

.@SenJohnBarrasso on Biden's Bureau of Land Management nominee Tracy Stone-Manning: "She lied to our committee and she lied to this institution. It is clear to me that her radical views have not changed." pic.twitter.com/ggG9dyPqwB

With mounting Democrat-caused crises in our country, Senate Democrats’ top priority is to confirm an eco-terrorist collaborator who lied to the Senate. Tracy Stone-Manning should never be the director of @BLMNational. Senate Republicans are united against this dangerous nominee.

This is the person the President nominated to lead @BLMNational. Confirming her would be a huge mistake. I urge my Democrat colleagues to vote no. https://t.co/weQiBVZEoZ