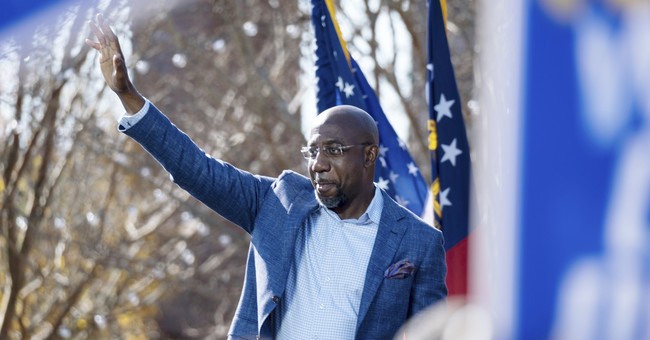 "I have never been opposed to voter ID," Warnock told NBC News. "And in fact, I don't know anybody who is — who believes people shouldn't have to prove that they are who they say they are. But what has happened over the years is people have played with common sense identification and put into place restrictive measures intended not to preserve the integrity of the outcome, but to select, certain group."

Democrat Raphael Warnock today to NBC News: "I have never been opposed to voter ID"

Warnock in 2012: "most destructive assault on the voting rights... since the ugly days of Jim Crow... it all began right here in Georgia with these unnecessary and unjustifiable voter ID laws..." pic.twitter.com/K7SlG9Zo13

In his first days in the Senate, he also doubled down on his opposition to voter ID mandates.

"We are witnessing right now a massive and unabashed assault on voting rights unlike anything we have seen since the Jim Crow era,” he said on the floor, referencing voting reforms. “This is Jim Crow in new clothes."

Why the change of heart, @staceyabrams? pic.twitter.com/Le11w1pjJS