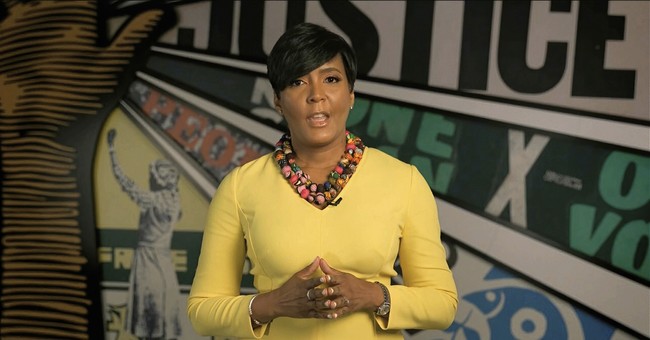 Atlanta Mayor Keisha Lance Bottoms (D) announced late on Thursday that she will not run for reelection for a second term. Bottoms, an all of President Biden who has gained national attention, was previously thought to be a vice presidential contender while then-candidate Biden embarked on his search for a female running mate.

Bottoms touted the accomplishments during her term, in the face of "unforeseen challenges."

“As Derek [husband] and I have given thoughtful prayer and consideration to the season now before us, it is with deep emotions that I hold my head high, and choose not to seek another term as Mayor,” Bottoms wrote. “Despite the many unforeseen challenges that our city has faced, I am immensely proud of what we have accomplished, together. As I have done each day over the many years in which I have served in public office, through the remainder of my term, I will make every decision, keeping what is best for our communities top of mind, and will continue to work diligently to improve the lives of those in our city.”

The rising Democratic star did not shed light on future plans, but hopes to "pass the baton" to someone else.

LATEST: Atlanta Mayor Keisha Lance Bottoms announces she will not seek reelection: "In the same way that it was very clear to me almost five years ago that I should run for mayor of Atlanta, it is abundantly clear to me today that it is time to pass the baton on to someone else." pic.twitter.com/GBeX1lHelF