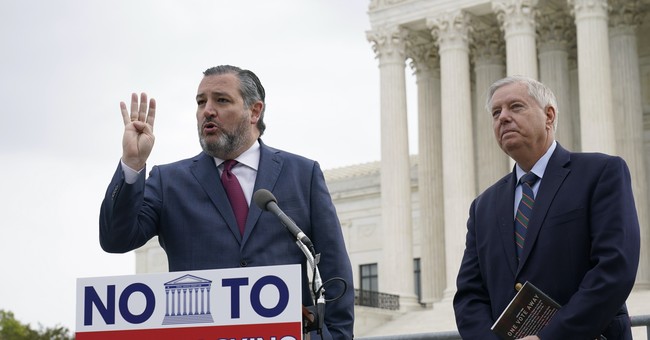 Politifact attempted to fact-check GOP Senator Ted Cruz (R-TX) over his claim about court packing. Cruz correctly stated that Senate Republicans never tried to pack the Supreme Court, as Democrats are trying to do currently, but rather carried out their constitutional duty by filling vacancies on the bench.

"You didn't see Republicans when we had control of the Senate try to rig the game. You didn't see us try to pack the court,” Cruz said.

The left-leaning fact-checker gave the Texas Republican’s statement a “false” rating, arguing that Senate Republicans could have been “rigging the game” by filling vacancies.

NEW: Ted Cruz said, "You didn't see Republicans when we had control of the Senate try to rig the game" in Supreme Court nominations. The GOP had the power to do what it did, but it doesn't mean they weren’t rigging the game. https://t.co/jDlZuRodvu pic.twitter.com/eszlysipp8

Cruz and others quickly clapped back on Twitter at the biased characterization of court packing.

Lying liars lie & that’s what Politi”fact” does every day.

To “pack” the Supreme Court is to ADD seats for political advantage. Republicans did NOT do so when we had control-nobody even suggested it.

Now, Dems have filed legislation to EXPAND SCOTUS from 9 to 13 Justices. FACT. https://t.co/jCLjiXWGcr

This is not a fact-check. It's leftist propaganda because @Politifact hates (yes, hates) conservatives, but especially those that push back like @TedCruz.

There's nothing objectively true about your partisan B.S. https://t.co/dqWpL17Dul