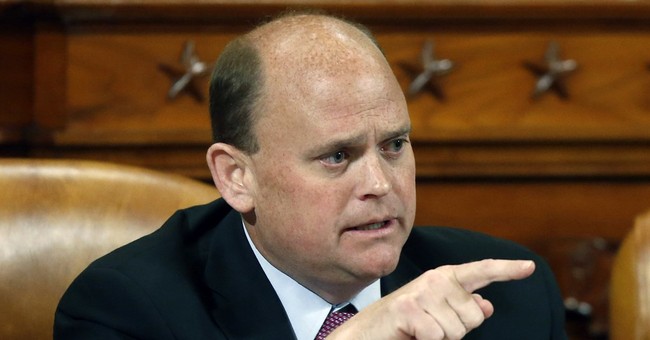 Republican Congressman Tom Reed (R-NY) announced that he will not seek reelection or run for any higher office in the future, after allegations of sexual misconduct against him were revealed.

Nicolette Davis, a lobbyist for Aflac, accused Reed of unwanted sexual advances while he was intoxicated at an event in 2017. The congressman says he takes “full responsibility” for his actions, and revealed that he was struggling at the time and felt “powerless over alcohol.”

“Even though I am only hearing of this matter as stated by Ms. Davis in the article now, I hear her voice and I will not dismiss her. In reflection, my personal depiction of this event is irrelevant. Simply put, my behavior caused her pain, showed her disrespect and was unprofessional. I was wrong, I am sorry, and I take full responsibility,” Reed wrote in a statement. "I want to share that this occurred at a time in my life when I was struggling. Upon entering treatment in 2017, I recognized that I am powerless over alcohol...This is in no way an excuse for anything I've done. Consistent with my recovery, I publicly take ownership."

Davis told The Washington Post that Reed was touching her inappropriately, and sought help from coworkers on the trip.

"A drunk congressman is rubbing my back," Davis told WaPo, citing a text message she had sent to a friend during the interaction.

Reed was rumored to be mulling a challenge to disgraced New York Governor Andrew Cuomo (D). He currently serves as the co-chair of the bipartisan Problem Solvers Caucus in the House.