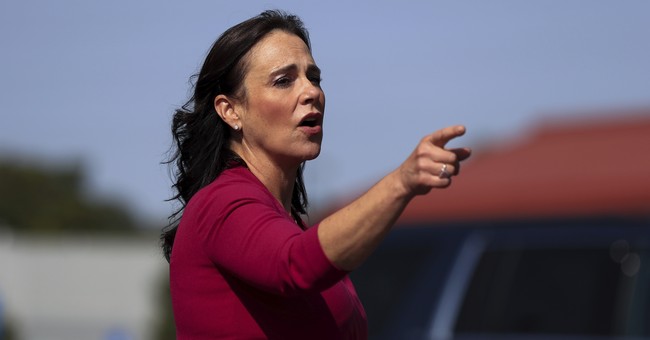 Former Ohio GOP Chairwoman Jane Timken formally announced her candidacy for Ohio’s Senate seat that will be vacated by Senator Rob Portman (R-OH) in 2022, after he announced that he will not seek reelection.

In her campaign launch video, Timken touted her work to advance President Trump’s “America First” agenda, and warned against letting the country become a socialist nation.

“We can’t let America become a socialist country,” Timken said. “I’m running for the United States Senate to stand up for you. Just like when I stood next to President Trump and supported his America-first agenda.”

I’m running for the U.S. Senate to fight for the Trump agenda, stop socialism dead in its tracks and be a champion for all Ohioans. pic.twitter.com/NUvugG7vEC

2022 is going to have incredibly strong #GOPWomen on the ballot!

Under Timken's leadership, President Trump decisively won Ohio's electoral votes in the 2016 and 2020 elections. On the opening day of her Senate bid that she "cleaned house" of her state's "Kasich establishment," taking a swing at the former governor.

“As Ohio Republican Party chairman, I cleaned house of the Kasich establishment who tried to elect Hillary Clinton and Joe Biden,” she continued. “I unified the party and delivered a second, decisive Ohio win for President Trump.”

Timken is joined by Josh Mandel, two-time Treasurer of the state of Ohio, in his third bid for an Ohio Senate seat. Republican congressman Jim Jordan ruled out a Senate run after Portman announced his retirement.