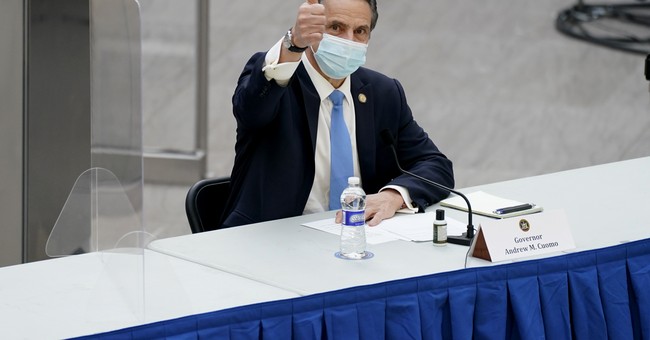 “That so many people needlessly lost their lives because of the failed policies of Governor Cuomo’s administration—an administration that many have lauded over the past year—is tragic and deserves a full investigation and accounting. These new revelations, however, that Governor Cuomo’s administration withheld information from the Department of Justice and intentionally misled federal officials to avoid political accountability is more than irresponsible: it is very possibly criminal,” the lawmakers wrote. “Those who deliberately withheld—or directed others to withhold—material information from the Department of Justice may be guilty of obstruction of justice, violating the False Claims Act, and numerous other criminal violations.”

Additionally, the GOP members hope that President Biden’s nominee for Attorney General, Judge Merrick Garland, will commit to launching an independent investigation into the coverup by Cuomo, as well as into similar, detrimental policies implemented in other states.

“When Judge Garland testifies before this Committee, we expect him to commit the Department of Justice to fully investigate this cover-up to determine whether any criminal laws were violated and to prosecute any violations,” they continued. “We will also ask him whether he has the resources he needs to fully pursue an investigation, not only into the deaths that occurred in New York but the deaths that occurred in other states that adopted similar directives leading to the admission of COVID-19 infected persons into elder care facilities.”

Cuomo is receiving calls from Republicans and Democrats to shed light on this coverup, and for appropriate entities to investigate his administration’s involvement.