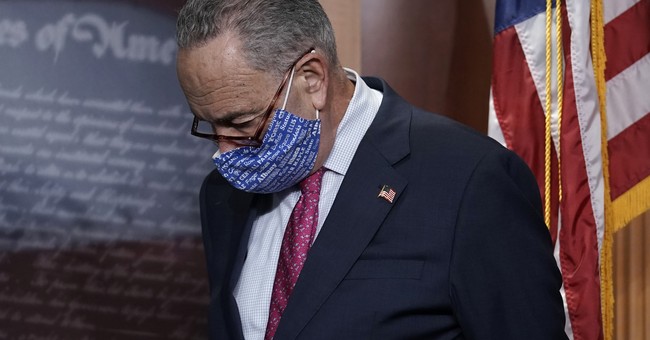 The scandal involving New York Governor Andrew Cuomo (D), for allegedly covering up real data on coronavirus-related nursing home deaths under his watch, continues to unfold and members of his party continue to distance themselves from it. A friend and ally of Cuomo, Senate Majority Leader Chuck Schumer (D-NY), dodged a question on the policy implemented by Cuomo’s administration that ultimately caused thousands of preventable deaths.

In the first days of their majority in the upper chamber, Senate Democrats rejected a measure that would have held Cuomo accountable for his horrific nursing home policy. The National Republican Senatorial Committee (NRSC) took note of this, and deemed the majority caucus “complicit in the coverup.”

“Chuck Schumer couldn’t care less about the deaths of thousands of seniors in his state. As always, politics comes first. Senator Schumer owes it to his constituents to hold state leaders like Cuomo accountable for their actions,” NRSC spokeswoman Lizzie Litzow said. “Instead, he has done everything in his power to block accountability for his political crony and forced vulnerable Senate Democrats like Raphael Warnock, Mark Kelly, Catherine Cortez Masto, Michael Bennet and Maggie Hassan to be complicit in the coverup.”

Criticism of Cuomo’s botched COVID response is bipartisan, among New York lawmakers, as calls for an investigation into his coverup mount.