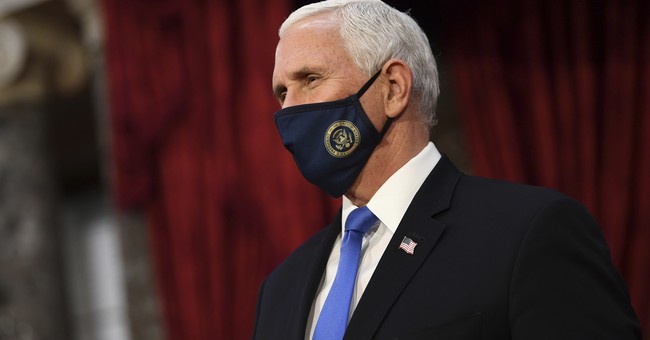 “Mike Pence served with honor and excellence in his home state of Indiana as a congressman and as governor before becoming one of the most consequential vice presidents of our time,” James said. “A man of faith, principle, and character, Vice President Pence is a heroic protector and defender of the Constitution and the values that unite us as a nation,” she said on Thursday. “As much as we’ve accomplished in that time, especially over the last four years, there is so much more to be done. Knowing that Vice President Pence is still in the fight is an adrenaline shot for the entire conservative movement.”

Pence lauded The Heritage Foundation as a “flagship” of the conservative movement.

“The Heritage Foundation is a flagship of the conservative movement and I am profoundly honored to join them as a distinguished visiting fellow to advance conservative policies that will benefit every American,” Pence said. “The Heritage Foundation helped shape my conservative philosophy for decades and played a pivotal role advancing conservative policies throughout the Trump Administration. I look forward to rolling up my sleeves and working with the all-star team at Heritage as we continue to take the case for a strong national defense, free markets and traditional values to policymakers across the Nation and to every American who cherishes our Heritage of Freedom.”

Pence is still viewed as a potential contender for the GOP's presidential nomination in 2024, in what will inevitably be a crowded field of candidates.