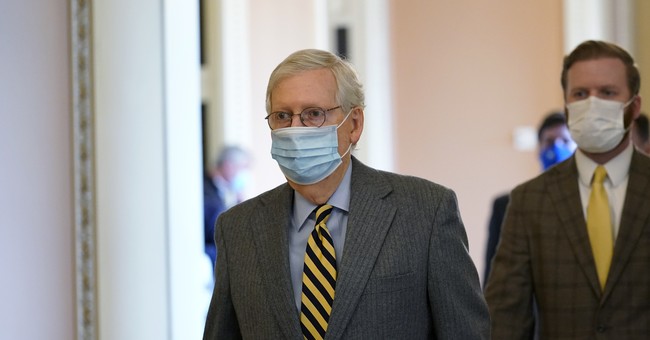 Senate Majority Leader Mitch McConnell (R-KY) spoke out against the effort to overturn the general election, as Congress votes to certify the results of the Electoral College. He acknowledged that fraud more than likely occurs in most elections, but rebuked the baseless claim of fraud on a “massive scale” in November’s general election.

As a handful of Republicans attempt to block the certification of the will of voters, McConnell vowed to defend both “the people’s decision” and “our system of government as we know it.”

“I will vote to respect the people’s decision and defend our system of government as we know it.”

He reminded colleagues that courts, and judges appointed by President Trump, have not given validity to claims of election fraud. McConnell pointed out that the general election was not “unusually close” and warned of a “death spiral” for Democracy if the election results are overturned.

"Nothing before us proves illegality anywhere near the massive scale that would have tipped the entire election. Nor can public doubt alone justify a radical break, when the doubt itself was incited without any evidence"

Follow our coverage of the joint session of Congress here.