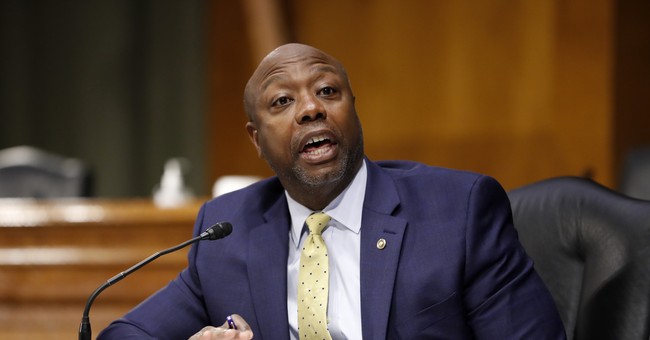 Senator Tim Scott (R-SC) announced on Tuesday that he will not object to the certification of the Electoral College results, Axios first reported. Scott is splitting with a handful of Republican colleagues who plan to challenge President-elect Joe Biden’s victory on Wednesday.

The South Carolina Republican said that there is “no viable means” for Congress to overturn the results of the presidential election.

"Our Constitution is a magnificent document - and this is coming from a man who was not even fully counted as a man in the original version. It has stood the test of World Wars, a Civil War, the Great Depression, and presidential assassinations. The Constitution allows for the confrontation of witnesses, the cross-examination of evidence, the peaceful transfer of power, and the role Congress plays in federal elections. And it is the document I have sworn allegiance to and still do,” Scott said in a statement. “As I read the Constitution, there is no constitutionally viable means for the Congress to overturn an election wherein the states have certified and sent their Electors.”

He went on to applaud President Trump’s accomplishment, noting that the outgoing commander-in-chief often faced “a headwind and opposition.”

"I want to thank President Trump for all he has accomplished on behalf of the American people. Oftentimes it was with a headwind and opposition rarely before seen in American politics. And yet he accomplished much.”

Thus far, 13 Republican Senators have vowed to block the certification of the Electoral College results on Wednesday. The movement to object to the results of the presidential election is spearheaded by Senators Ted Cruz (R-TX) and Josh Hawley (R-MO).