Biden Says He Is 'Confident' That His Son Committed No Crime 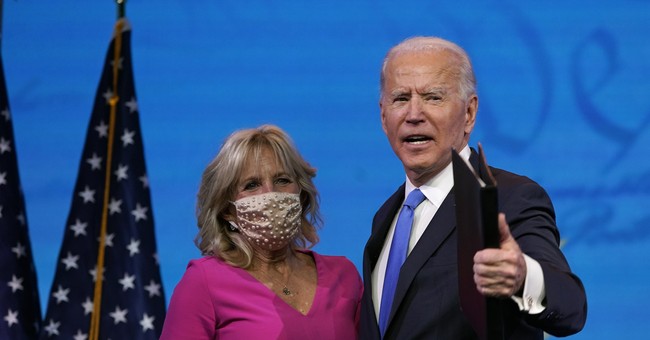 President-elect Joe Biden continues to distance himself from the ongoing investigation into his son, Hunter Biden, surrounding tax records. The president-elect’s son revealed recently that the U.S. Attorney’s office is investigating his tax affairs; at the news of the investigation, and when asked if a crime had been committed, Biden said that he is “proud of his son,” and pointed to “vicious personal attacks” against him.

Biden has overwhelmingly declined to comment on the investigation into his son. When asked by Fox News’ Peter Doocy about the probe, Biden sarcastically replied, “Thanks for the congratulations..Appreciate it."

In a follow-up on Wednesday, the president-elect said that he is “confident” that his son did no wrong.

Asked by @pdoocy if he is confident his son Hunter did nothing wrong, @JoeBiden answers “I am confident.”

Given the potential for a conflict-of-interest during a Biden administration, and the need for a fair and objective investigation, numerous GOP senators have called for a special counsel investigation into Biden’s business dealings. Without a special counsel, Biden has the ability to fire prosecutors investigating his son. President Trump is reportedly considering appointing a special counsel to investigate the president-elect's son before he leaves office.