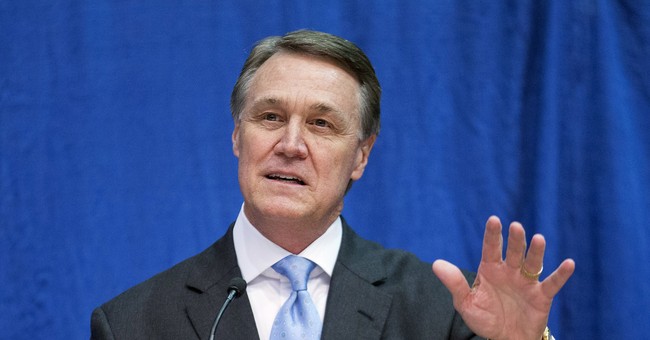 Georgia GOP Senator David Perdue unveiled a new ad that highlights President Trump’s support of the pair of runoff elections that are underway in Georgia. President Trump has rebuked the claims made by a few of his allies that encourage voters to sit out the elections that will decide control of the Senate come January. Two of the president's legal allies, Sidney Powell and Lin Wood, have encouraged Georgia voters to stay home instead of voting for Senators Perdue and Loeffler in January.

The president has not entertained these deranged claims that encourage voters to stay home from the polls, and called Sen. Perdue "one of the toughest fighters" for his agenda.

“President Trump knows that winning Georgia will keep radical leftists from taking total control of Congress and destroying the great work we've partnered on over the last four years,” the Georgia Republican said of the ad. “I was thrilled to have the president campaign for me earlier this month. I know that the president's support is going to be critical in getting Georgians to the polls and prevailing against the radical liberal agenda on January 5."